In India, for two days, lightning has killed 128 people 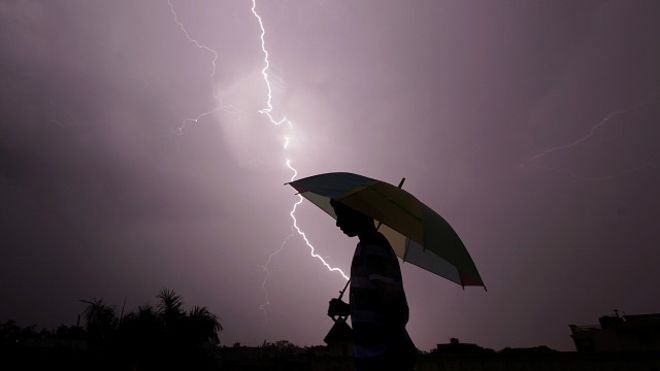 A growing number of victims of heavy rains in the North and North-East India. Over the past 48 hours 128 people killed by lightning lightning, more than 80 drowned or died under the fallen trees and the roofs of the structures.

As reported by the local authority for elimination of natural disasters, the victims of bad weather were more than 200 people.

Most deaths from lightning strike in Bihar: there is also the element claimed the lives of 72 people, including 3 young children. Least 56 people were killed by storms in Uttar Pradesh, 10 in the neighboring state of Jharkhand.

Killed and animals. So lost more than 300 cattle and small cattle. Element damage selhozugodyam, you have suffered about 900 hectares.