In India, the earth is cracking 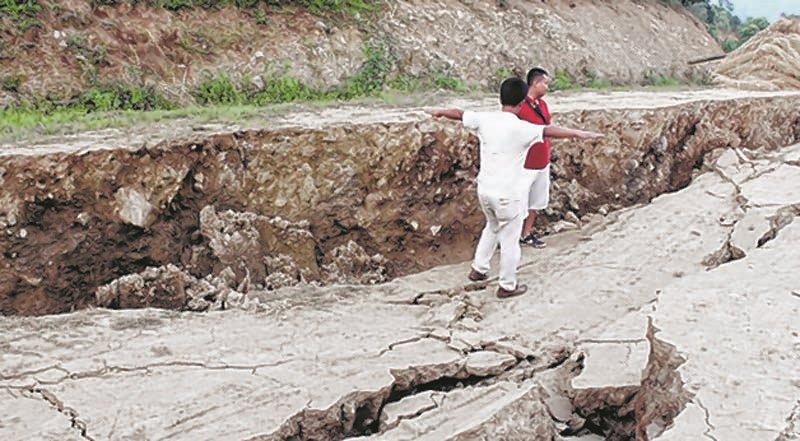 In the village of Kalihola in the Kangpokli area, locals are concerned about the appearance of a crack in the ground, the length of which has already reached ten meters. The fault is constantly increasing, in just an hour it has grown from 5 meters after detection to 10 meters.

Local media note that after the appearance of a crack in the same area, a series of landslides and landslides were recorded, as a result of which one house was destroyed, power lines, a water supply system and a road were damaged.

It is noted that the village of Kalichola is located in a mountainous area and given the fact that the road leading to it has already shifted by 320 meters, there is a possibility that the whole village will collapse into the abyss.

In this regard, the authorities carried out the evacuation of residents from the village, conducted a check on the condition of the soil in other settlements located along the vicinity.

Geologists arrived at the scene, but the causes of the events had not yet been established.