In India want to turn the tide of the river 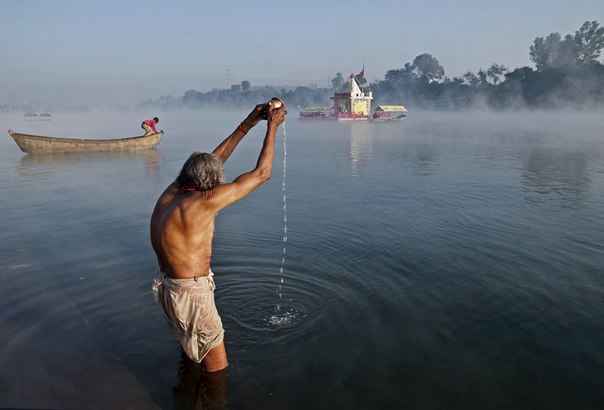 The Minister of water resources of India, Uma Bharati said that the country’s authorities think seriously about the transfer of waters of major rivers in countries in the regions, which suffered most from drought.

As informs “bi-Bi-si”, it is, in particular, about the rivers Ganges and Brahmaputra. In addition, involved
will rivers, which receive water from glaciers of the Himalayan mountains.From drought in India has affected more than 330 million people. Its cause was repressive heat and the temperature in most areas
exceeds 40 degrees Celsius, and two consecutive weak season monsoonal rains.

Against this initiative strongly object environmentalists, claiming that I hadn’t done enough research and no one don’t know what will turn this step for climate.

However, the Supreme court supported the authorities ‘ plans.According to Bharati, this project will be the first in its kind since the country’s independence in 1947. While the Indian authorities send in the most affected areas of the tank drinking water. In addition to a lack of water and heat of the city and villages has faced with the increasing incidence of fires.