In Indonesia, Anak-Krakatau volcano woke up 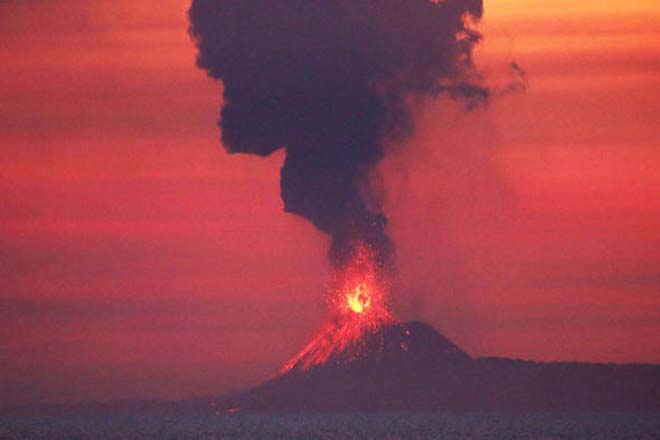 The volcano Anak-Krakatau or the “Child of Krakatau” became active in Indonesia. According to the meteorological, climatological and geophysical agency (BMKG), since Friday 44 explosions with ash and lava emissions have been registered.

As experts note, the eruption is also accompanied by a strong buzz. A cloud of ash rose in the air at a height of about 200 m above the crater of the volcano. The ash plume spread in a radius of approximately 600 m.

Local residents and tourists were urged not to come closer than 2 km to the dangerous mountain.

The Krakatoa volcano is in the Sunda Strait between the islands of Java and Sumatra. The most powerful eruptions occurred in 1680 and 1883. The last eruption almost destroyed the island on which the volcano was located.