In Indonesia, evacuation is carried out because of the eruption of the volcano Sinabung 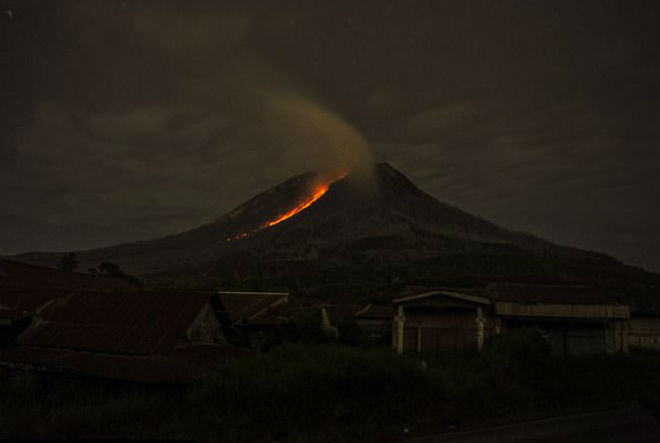 Thousands of people were evacuated after the volcano Sinabung, located in the district of Karo, began to spew the ashes to a height of up to half a kilometer.

The volcano “woke up” in 2010 after it was inactive for four centuries. As a result of a major eruption in May 2016, seven people were killed.

At any time, Mount Agung can also explode on the Indonesian island of Bali, Sutopo Purvo Nugroho, representative of the National Agency for Mitigation of Natural Disasters, called the Agung volcano “very dangerous”. In connection with the possible eruption on September 22, the level of danger was raised to the highest. Over 140 thousand people were evacuated from nearby settlements.

Mount Agung for the last time erupted in 1963, killing more than 1100 people.