In Indonesia there was a new earthquake 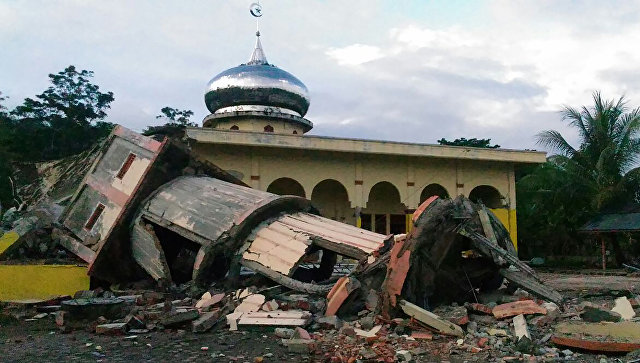 The earthquake measuring 5,3 happened on the island of Seram in Indonesia, the United States Geological Survey (USGS) reports on Wednesday.

Pushes were fixed at 13:42 on UTC time (16:42 Moscow time). Epicenter of an earthquake was located in 106 kilometers to the North-East from the administrative center to the province Molukka of the city of Ambon. The center lay at a depth of 40,6 kilometer.

In the morning on Wednesday at coast of the area Pididzhaya in the Indonesian province Ache occurred earthquakes measuring 6,5. According to the estimates of military, the number of the victims already increased up to 97 people. According to National administration of meteorology, climatology and geophysics (NUMKG) of Indonesia, epicenter of an earthquake was in 18 kilometers to the northeast of Pididzhaya.

According to consular department of Embassy of the Russian Federation in Indonesia, among the victims of an earthquake which occurred at coast of Indonesia there are no Russian citizens.