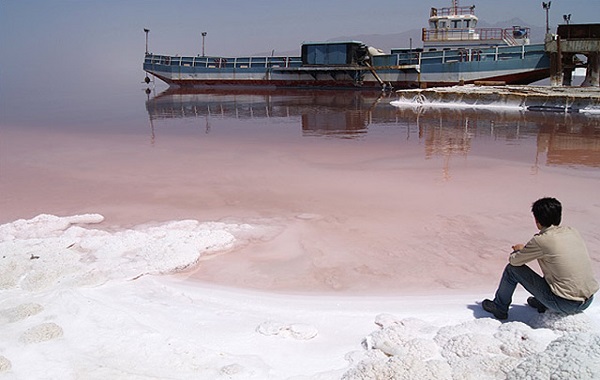 Lake Urmia in Northwest Iran was once one of the largest salt lakes in the world — the second largest in the middle East after the Dead sea. But over the last two decades the lake has considerably decreased.

The surface area was reduced to 2,000 square kilometres and water volume decreased by 95 %. The main causes are the use of water for irrigation, and a very severe drought in the region.

Lake Urmia is closed, and water leaves it only through evaporation. As many as 13 rivers carry their waters to Urmia, but they are in recent years much lower. Among other reasons, a small amount of rainfall, the increase in mean annual temperature and decrease of the groundwater. The number of pumping ground water wells increased from a few thousand in 1973 to over 70,000 in 2005. The drying of the lake has greatly affected the local population. 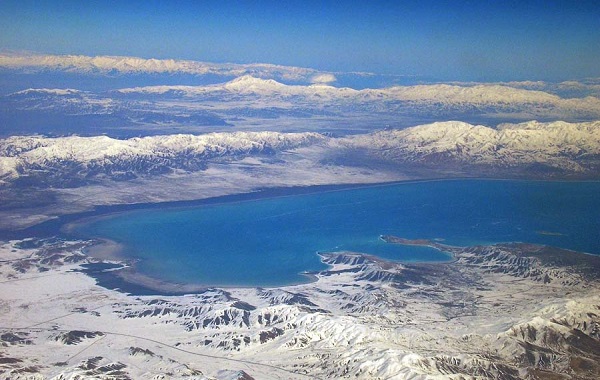 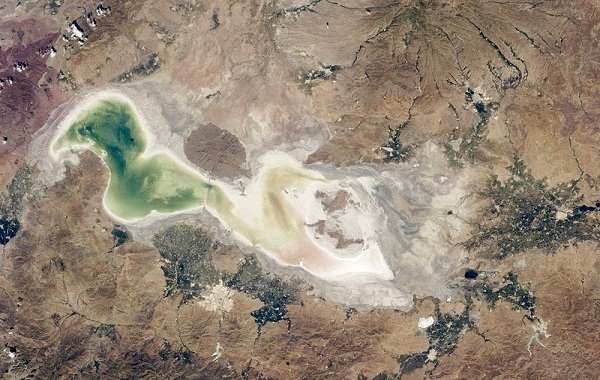 Because the lake has no outlet, it turned into salt marsh, and outflow water increased the salinity to such an extent that endangered his life. The whole lake ecosystem is now under threat. Immediately there is a parallel between the fate of lake Urmia and the tragic disappearance of the Aral sea in Uzbekistan.

Last year, the Iranian government has allocated $ 500 million in an attempt to restore the once huge lake, reducing the use of water for farming and restoring the surrounding landscape. The results of this investment will be visible after several years.

Urmia often changes its color from pale pink to blue. As noted in NASA, the reason is the low water level in the lake has increased the amount of algae Dunaliella and bacteria Halobacteriaceae. The lake gets its natural blue color after the infrequent rains.