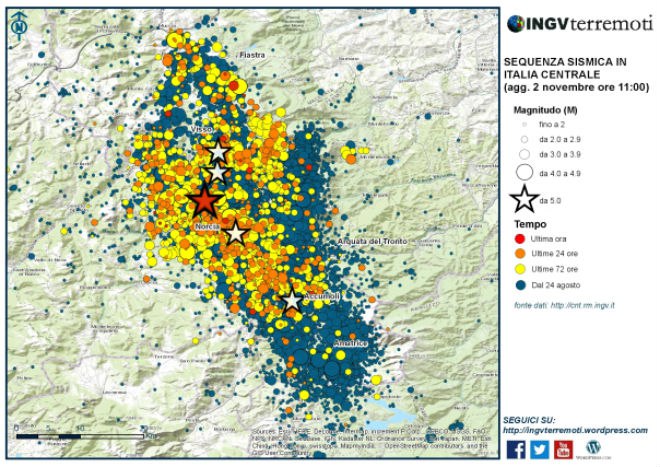 Seismic events continue in Central Italy and as of November 2, total number of blows of underground elements has exceeded 22000 on 24 August. About 615 of the earthquakes have been magnitude 3 to 4, recorded 40 aftershocks of magnitude 4 to 5, the magnitude of five underground disasters exceeded 5.

Recall earthquake of magnitude 6.6 occurred at 7:40 am October 30 local time and was recorded in 132 km North-East of Rome and near the town of Norcia. After the first powerful push has already occurred 1600 aftershocks aftershocks. At least 20 people were injured, fortunately, there were no immediate reports of fatalities. Many buildings collapsed, seriously damaged the Cathedral of St. Benedict the 14th century.

Previously, the deadliest quake of magnitude 6.0 occurred on 24 August at 03:36 local time. The death toll in the earthquake amounted to 298 people.