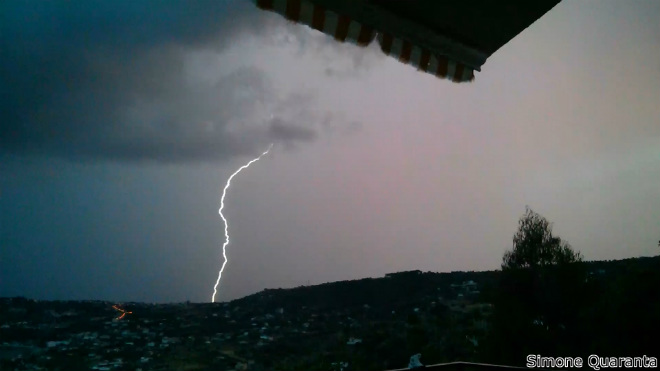 Electrical substation caught fire after being hit by her lightning, the railway line was also interrupted due to dirt and debris as a result of rainfall in the Northern Gargano, Italy.

A violent storm raged in Gargano during the afternoon of 19 September and night of 20 September. Lightning strike to an electrical substation Carpino did not have any impact on services, but caused a fire that completely destroyed the building. Had no problems with safety, as the electrical line was protected.

Technical staff has worked hard to repair the system. The movement of trains is restored.