In Italy the state of emergency 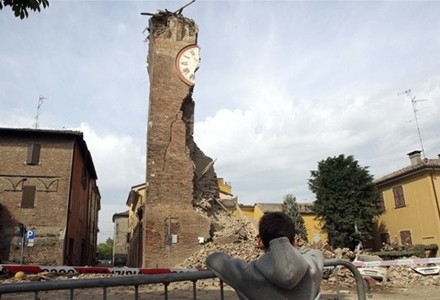 In connection with the earthquake in Italy, the government declared a state of emergency. State of emergency introduced in zones affected by the impact of the underground elements. To render emergency assistance to the victims, the Italian government allocated EUR 50 million.

The whole special designed to eliminate the consequences of emergency Fund in Italy is 234 million euros, said Minister of economy and Finance of Italy pier Carlo Padoan. According to the latest data, under the rubble after earthquakes killed 250 people, 365 injured. Rescue efforts continue.

Element caused damage 293 monuments of architecture, said the Italian Minister of cultural heritage and cultural activities Dario Franceschini. 50 of them, alas, completely or partially destroyed. The exact amount of damage has not yet been calculated.

Quake of magnitude 6.0 occurred in 3 hours 36 minutes local time on August 24. He touched the wide area of the Apennine ridge. The magnitude of the second impetus was 5.4. The storm led to a significant destruction of a small mountain Italian cities.