In Italy, the volcano Vesuvius 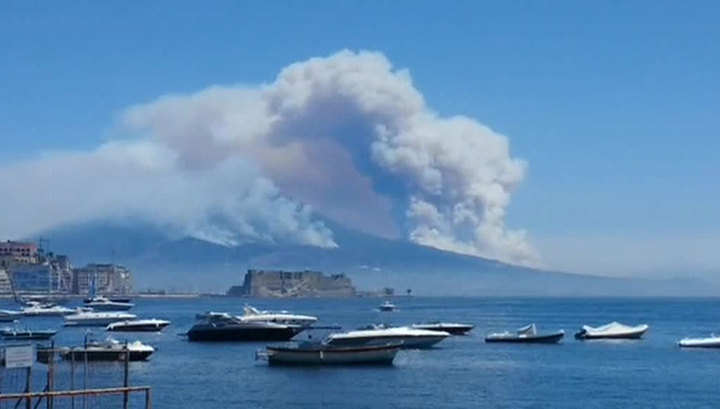 In Italy, Vesuvius awoke. In Naples, which is in direct proximity to the volcano, is a large-scale evacuation. Residents of five urban areas, as well as tourists had to literally flee.

Vesuvius threw a column of smoke and red-hot ash into the sky and set fire to a forest located on its slopes.

Firefighters try to prevent the spread of fire, but they can not completely extinguish the flame: grass and dead trees continue to set fire to the volcano.

Meanwhile, as Corriere della Sera writes, the authorities do not exclude that the cause of forest fires may be arson. So, in 2016 200 hectares of forest burned on the slopes “without intervention of the volcano.”

Ascent to Vesuvius is a popular tourist route: the bus takes 1000 meters above sea level, then about 200 meters you have to walk. The crater itself (while sleeping) does not represent anything of interest, but from the top there is a stunning view of Naples and the bay.

In 79 AD, the eruption of Vesuvius led to the destruction of three cities – Pompeii, Herculaneum and Stabia. The harbinger of the eruption was a strong earthquake, described in the “Annals” of Tacitus and “Letters” by Pliny the Younger. The city of Pompeii is now an open-air museum