In Japan, can not put out the fire around the nuclear power plant “Fukushima-1” 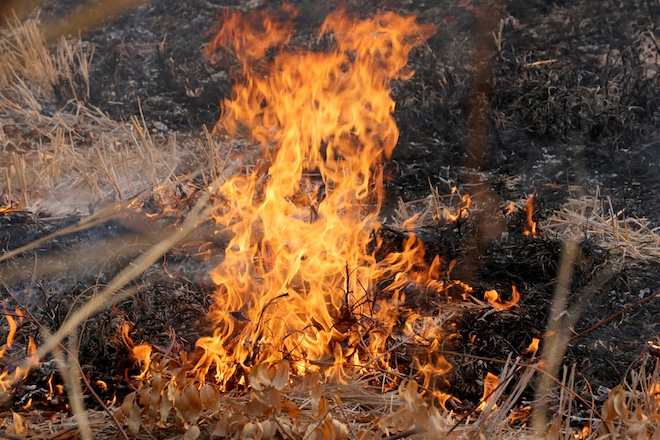 The Japanese military continue to fight with a natural fire around the emergency nuclear power plant “Fukushima-1.” The fire is eliminated from the air by helicopters, which discharge water to the burning forests. In parallel, the attack on the fire is conducted on the ground by 240 firefighters in protective overalls.

The administration of the prefecture of Fukushima assures that the level of radiation in the closed area around the nuclear power plant does not exceed the permissible limits.

At the moment the flames have passed over 20 hectares of forest in a mountainous area near the city of Namye. The forest is burning several dozen kilometers from the settlement in a closed zone.

A possible cause of a fire is a lightning bolt that struck a 448-meter-high mountain Dziuman in the slope. The eradication of the fire, which began on April 30, is hampered by windy weather.

The radiation accident at the Fukushima-1 nuclear power plant occurred on March 11, 2011 after an earthquake and a huge tsunami. According to the estimates of Japanese nuclear engineers, the station and its surroundings will become radiation-safe in 40 years.