In Japan, due to landslides were evacuated more than 5 thousand people 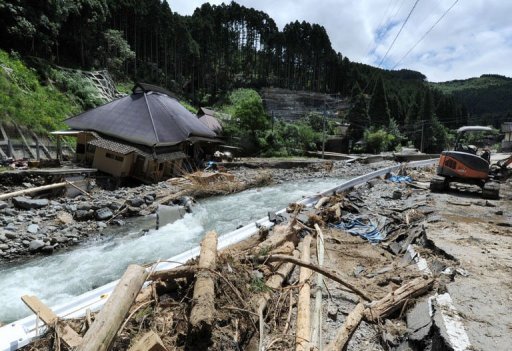 Residents of Kumamoto Prefecture on the Japanese island of Kyushu urgently evacuated because of the threat of landslides. Emergency measures affected the two towns of Minami-Atomize and Nishihara, who left 5.7 thousand people.

In April, the Prefecture of Kumamoto and Oita has experienced a series of earthquakes. The magnitude of the two strongest samozasiti reached in 6.5 and 7.3. In Mashiko (Kumamoto Prefecture) were partially and completely destroyed 4.7 thousand buildings.

Aftershocks with magnitude up to 4 still occasionally felt in the Prefecture. In shelters still are 6.5 thousand people. Now they will be joined 2.3 thousand evacuees who were expelled from their homes prolonged torrential rains.

Landslides are likely especially high, that earthquake is fairly “loose” soil in Kyushu. Heavy rain in mountainous terrain would be enough to hit the fragile layer of rock.