In Japan, erupts the volcano Sakurajima 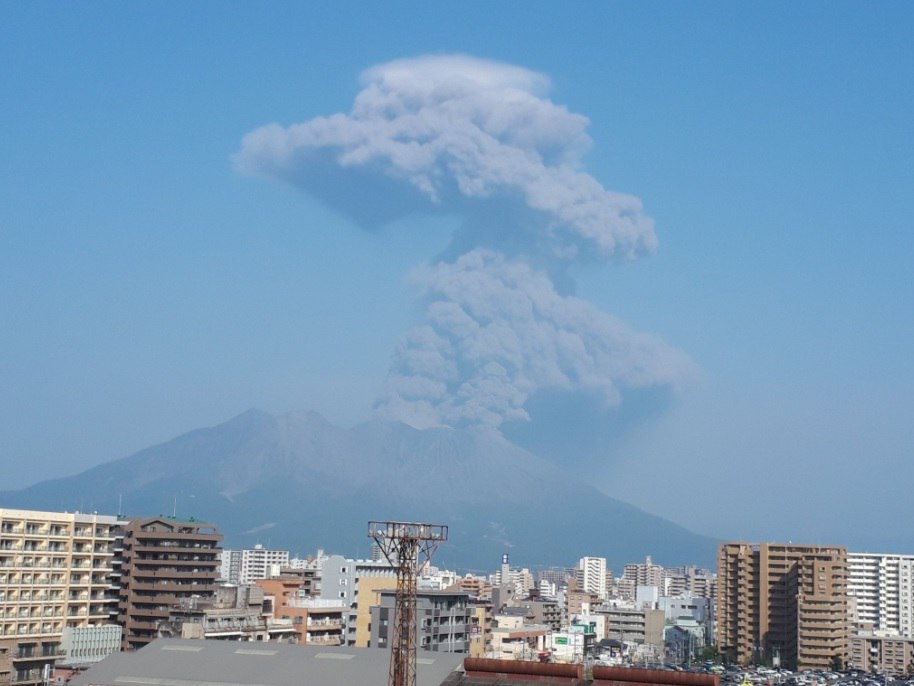 Yesterday, on March 26, a powerful explosion occurred in the volcano of Sakurajima, as a result of which a huge cloud of red-hot ash was thrown out.

Sakurajima is an active stratovolcano located on the Osumi peninsula [en] of Kyushu island in the Japanese prefecture of Kagoshima. Until 1914 Sakurajima was a separate island, but as a result of the eruption it was connected by lava flows with the Osumi Peninsula. The height of the volcano is 1117 meters, and the area is about 77 km². Sakuradzim has three peaks: the northern peak of Kitadake (1117 m), the central Nakadake (1060 m) and southern Minamidake (1040 m).