In Japan, the eliminate the consequences of the Typhoon Mindul 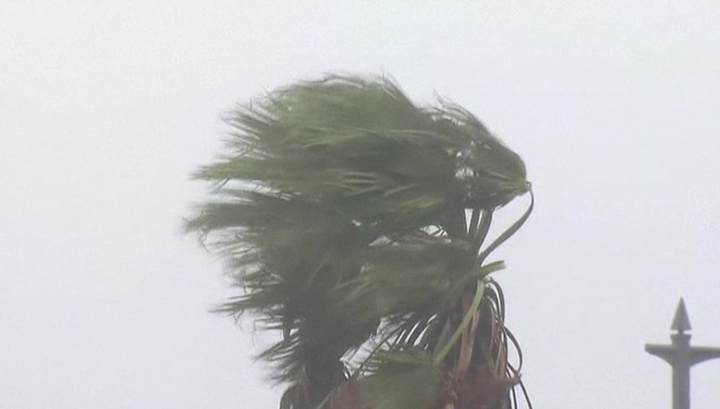 In Japan, the eliminate the consequences of the Typhoon Mindol. Due to bad weather conditions two people were killed and another 70 were injured. Roads and bridges washed out, some areas have gone landslides. Airports canceled flights and tens of thousands of residents remain without electricity.

Typhoon Mindul in Korean means dandelion. As is the case when the name is deceptive. On the way North, he only approached the capital region, but it was enough to neighborhood of Tokyo for a few hours the day turned into a disaster area. Flooding, landslides, the exit of the river banks, fallen trees, derailed trains. Canceled at least 500 flights.

We came here on the school trip, and we were afraid whether our plane to land.

When Mindul only approached the shore, the wave height had already exceeded 10 meters. For the inhabitants of coastal houses, it was a signal that this time, Dandelion huffed lightly.

The total number of victims is more than 60 people. The two could not be saved. In Kanagawa Prefecture, the woman died, trapped on the flooded road. Another man managed to escape from a flooded car in Hokkaido, which took the brunt of the disaster. It was on Hokkaido Mindouli, as they say here, landed and passed the hurricane and heavy rains on the cities and towns, leaving a Wake of destruction. An evacuation order has received a total of about 40 thousand people.

Now in Tokyo the weather improved. Mindouli, reaching the sea of Okhotsk, turned into a low pressure area. But this calm will not last. Late August and September is the time of typhoons. According to methoprene, on the eve of the Pacific was born 10th this season a hurricane. Now he rages in the area of the South island East of Okinawa, and here it is waited already by the end of this week.