In Japan, the volcano Sakurajima threw a column of ash 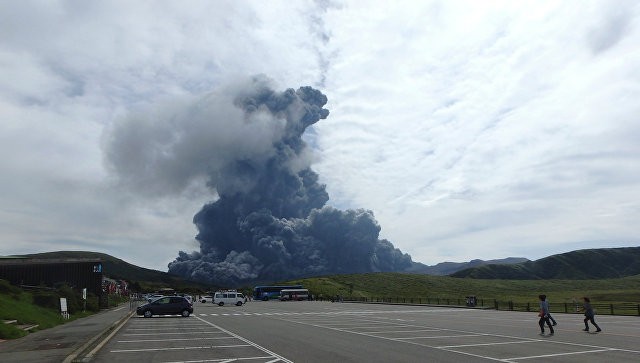 The Japanese authorities closed the area of ​​the active volcano Sakurajima on the southern island of Kyushu, which after a powerful explosion threw a column of smoke and incandescent ash at a height of about 4 thousand meters. The stones from its crater flew to a distance of 400 meters.

Sakurajima intensified on April 28, when he threw a column of smoke by about 3.8 thousand meters. This volcano is considered one of the most dangerous in Japan, its eruptions occur regularly, which causes a lot of trouble to the nearby large city of Kagoshima.

In Japan there are about 110 active volcanoes. Only in October of last year the country experienced a powerful eruption of the Aso volcano, which is also located on the island of Kyushu.