In Kabardino-Balkaria came the village 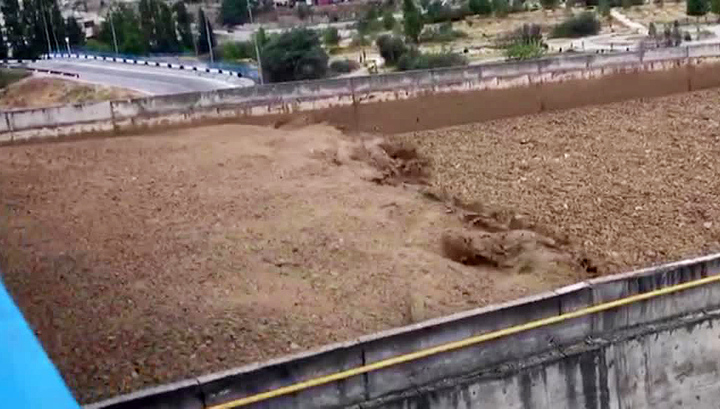 August 15, in the morning in Kabardino-Balkaria to eliminate the consequences of the descent of the mudflow involve helicopter EMERCOM of Russia, which should examine the floodplain of the river in the Elbrus region, where the day before the impact of the elements.

On the territory of several regions of the republic, where a pedestrian bridge has been demolished by a mudflow in one of the cities, the emergency regime still operates. Local authorities had to cut off a section of the federal highway.

Before the descent of debris flow, rescuers managed to evacuate 300 people from a nearby settlement. People are ready to accept temporary accommodation points. According to preliminary data, the cause of the descent of the village was the melting of glaciers. Weather forecasters predict that the danger remains today.

The authorities of the Elbrus region of the republic introduced a regime of municipal emergency in the highland town of Tyrnyauz,

Tyrnyuaz is located in the southwestern part of the republic, along both banks of the Baksan River, 90 kilometers south-west of the city of Nalchik and 40 kilometers to the north-east of Mount Elbrus. Through Tyrnyauz, along the valley of the Baksan River passes the “Baksan-Elbrus” road leading to the foot of the mountain.