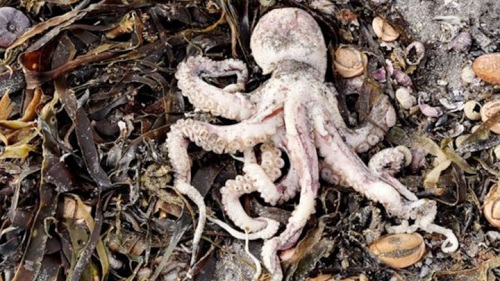 The causes of the ecological disaster are still not clear, but, according to the governor of the Kamchatka Territory, new cases of death of marine animals are proof that the cause is not a man-made accident.

The Governor of the Kamchatka Territory Vladimir Solodov posted a video on his Instagram on October 12, in which he announced that new places of death of marine animals were discovered in Kamchatka. According to the head of the region, this indicates that the environmental disaster, most likely, did not occur due to a local man-made accident.

As Vladimir Solodov said, the expedition vessel, which is moving towards Cape Lopatka, recorded the death of animals south of Avacha Bay. In addition, eyewitnesses sent a video showing the death of marine organisms off the eastern coast of Kamchatka.

The head of the region said that animals are dying in relatively small areas, around which everything is clean. And once again he noted that, according to scientists, the cause of the death of marine animals could be toxins secreted by microalgae.