In Kazakhstan, a woman with a child fell into six-meter pit 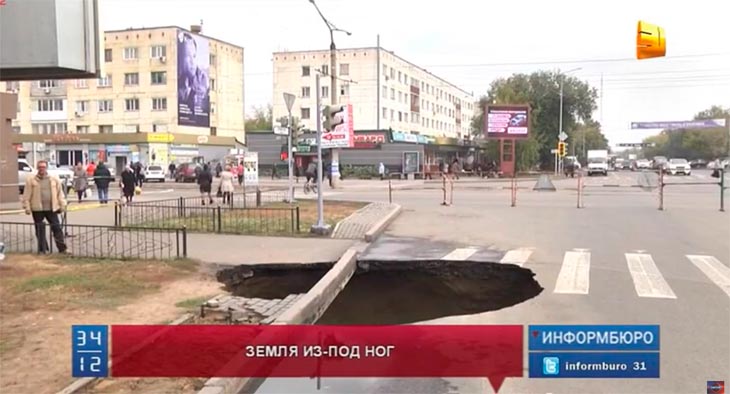 In Pavlodar a woman with a child fell into six-meter pit on the crosswalk. From under their feet literally left the ground. Came to the aid of passers-by. 58-year-old grandmother and a four year old granddaughter was taken to the hospital.

58-year-old woman with a small granddaughter in the number of other pedestrians were on the sidewalk and was just about to cross the road, when they literally opened up the earth.

Witness:
– I turned around, saw pulled out a rope, a crowd, a girl I saw her head was bleeding.

Now this site of the road not to go, it was fenced. The depth of the well or six metres, and diameter two. Grandmother miraculously received no injuries, but the child had to be hospitalized.

The residents say, this site is one of the Central streets dangerous. The asphalt is falling down regularly. The city authorities have created a Commission. On-site work emergency services. The exact cause of the collapse of the soil will be known after pumping water.

ANDREY BALASHOV, Deputy akim of Pavlodar:
– This manifold is old, it was built in the 70’s, major repairs were not carried out. Hit the area about two meters in length.
A few years ago in Pavlodar repaired sewer pipe. There was a collapse of the soil. Then the accident ended with the death of a worker. And in Karaganda in the summer, the eyes of the astonished people caved in the canvas near the bus stop.

Pavlodar is a city located in North-Eastern Kazakhstan, 450 kilometres North-East of the capital Astana, and 405 km Southeast of the Russian city of Omsk on the Irtysh river, the administrative center of Pavlodar region.