In Kyrgyzstan during the day, there were 18 earthquakes 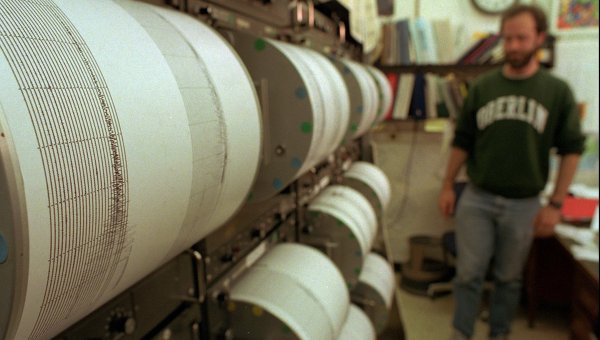 Eighteen aftershocks have been recorded in southern Kyrgyzstan for the last day, said Tuesday the head of the center crisis management Ministry of emergency situations, Colonel Muhammad Swarov.

“During the day on the territory of Kyrgyzstan was recorded 18 aftershocks” — he said during the operational meeting in the Ministry. The strength of tremors in the epicenter was 3 to 6 points on a 12-point scale MSK-64. According to preliminary data, victims and destructions.

In connection with increased seismic activity, the Minister of emergency situations of the Republic Kubatbek Boronov instructed the heads of regional departments of the Ministry, the Centre for crisis management, the Center for training and retraining of civil defense specialists under MES “to strengthen explanatory work among the population about the rules of conduct during an earthquake”.

The twenty-sixth of June on the border of Kyrgyzstan and Tajikistan, an earthquake of magnitude of 6.4.

Kyrgyzstan is located in the high hazard zone of the devastating 9-magnitude earthquakes. In November of last year there was a surge in seismic activity. As a result, dozens of aftershocks, the magnitude of which reached 6, then more than 4 thousand houses and social facilities received various injuries in the Osh region of the Republic. Homeless there are about 3 hundred families, there were no casualties.