In Mexico City, about three thousand buildings can collapse after the earthquake 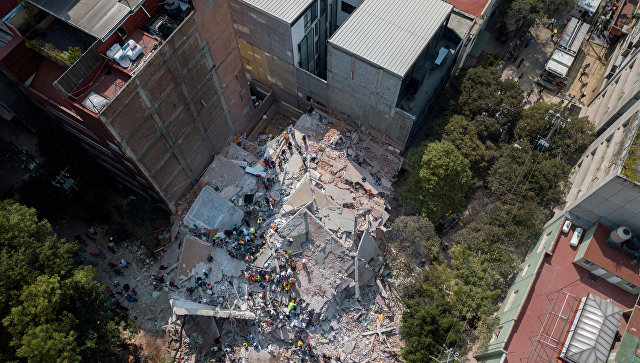 The engineering association APL Ingenieros Consultores declared the danger of collapse of about 3 thousand buildings in Mexico City after the powerful earthquake that struck Mexico.

According to the association, these buildings have serious damage to the walls, pillars and beams, and therefore are dangerous. They are located in such areas as Ansures, Napolez, Narvarte, Vertis, del Valle, Condesa, Tlatelolco, Tlalpan, said the Portal Publimetro.

The representative of the association Alberto Lopez Acevedo noted that the engineers came to this conclusion, having studied the photos of their buildings sent by users of social networks. “We have opened several WhatsApp accounts, where people send photos of cracks and damage to their homes, they are studied by a dozen engineers and architects,” – said Lopez Azevedo.

According to him, in case of serious damage, a team of specialists is sent to the site, which determines the need for immediate evacuation of residents.

The number of victims of the tragedy in Mexico increased to 273 people, said earlier the country’s Foreign Minister Luis Videgaray. An earthquake of magnitude 7.1 occurred in Mexico on Tuesday. Underground shocks were fixed at 18.14 UTC (21.14 Moscow time).