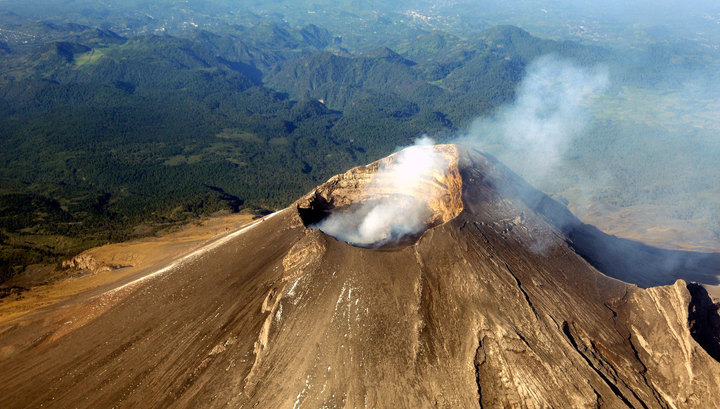 Mexican volcano Popocatepetl, located 90 kilometers from the capital of the North American state, on the morning of November 10, once again reminded of himself, throwing a huge cloud of ash.

The moment of the explosion was captured on the camera and published in the Network. According to local residents, a strange noise is still heard from the depths of the volcano.

Popocatepetl is the second tallest and one of the most restless volcanoes in Mexico. Previously, its slopes were covered with glaciers, but over time Popocatepetl melted them with their sultry temper. The last two major eruptions occurred in 1947 and 1994. The wind then smashed ashes for tens of kilometers, causing the evacuation of neighboring settlements. Since then, the mountain has hardly subsided.

At present, yellow danger level is declared in the region, specialists continue to monitor the situation.