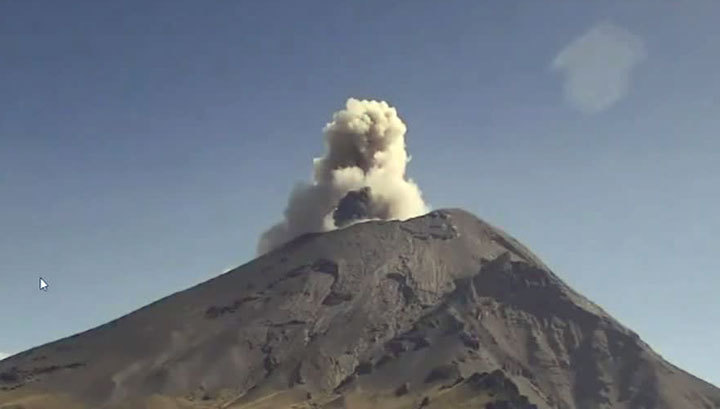 In Mexico, Popocatepel volcano threw into the atmosphere a column of ash almost two kilometers high. The surge in activity has become the strongest since 2013.

The fire-breathing mountain is located not far from the Mexican capital, therefore some areas adjoining the city were covered with ashes. Despite this, the authorities left an average level of threat and did not raise it. It was introduced several months ago – then the volcano was already active.