In Mongolia, because of the abnormal winter, hundreds of thousands of animals were killed 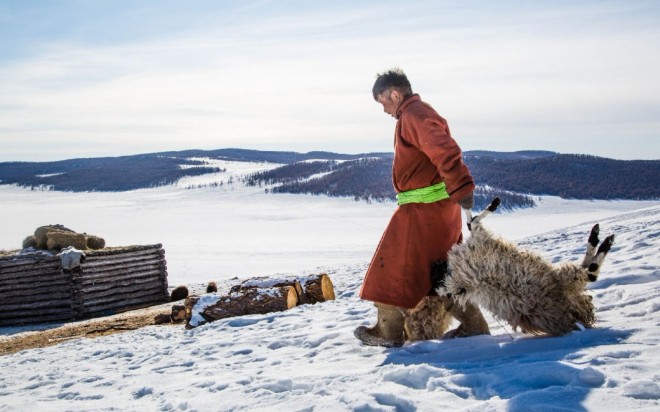 This year in Mongolia due to extreme winter weather, known as “dzud”, 710740 animals were killed.

Dzud is a spontaneous phenomenon in Mongolia, in which dry summer and cold winter lead to the death of a huge number of cattle either because of hunger or because of the cold.

According to the National Agency for Meteorology and Environment of Mongolia, this year the snow cover covered up to 50% of the country’s territory. About 66 districts in 12 aimaks survived dzud or weather conditions close to it. The highest rates of animal death recorded in the aimaks Hovd and Uvs in the west, Huwsgel in the northwest, and also Hanti in the east.

Life of almost 40% of the nomadic population of the country depends on livestock and agriculture.

Thousands of shepherds lose their animals almost every year because of the dzuda, which forces them to seek new opportunities in the capital of Ulan Bator. In 2016 as a result of dzuda, more than 1 million animals died.