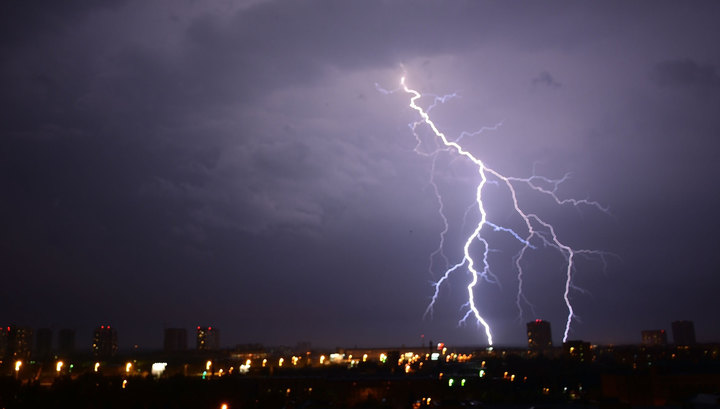 Immediately two aircraft received lightning strikes. The first was a blow before landing at the Pulkovo airport passenger Boeing 737 flying from Samara, and 15 minutes later about the lightning strike on the plane was reported by the liner commander who flew from Moscow.

Lightning bolts were so powerful that a flash from them for a few seconds bright light lit up the entire cockpit, resulting in the crews of the aircraft almost blinded for a while.

The crews of aircrafts struck by lightning managed to make an emergency landing at the Pulkovo airport safely. Experts examined the aircraft and found signs of a lightning strike on the fuselages of the airliners.

Technical services conduct an analysis of what happened and assess the further suitability of aircraft for operation.