In Naples for the first time in the past half century, snow fell 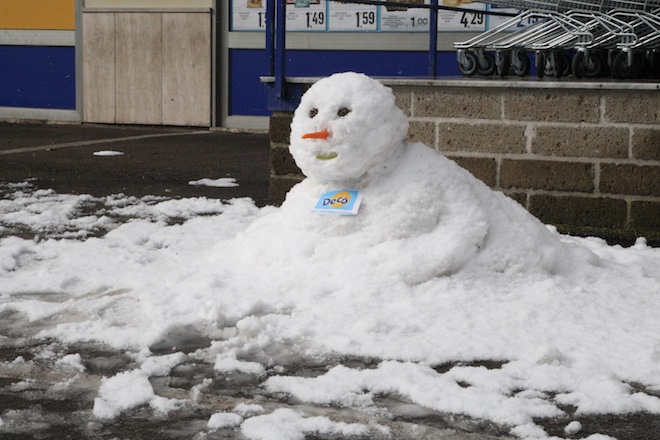 The snow cyclone in Italy reached the southern regions of the country. For the first time in the last half century, snow fell in Naples.

The authorities of Naples have decided to close all schools in the city because of the abnormal weather. City transport on Tuesday worked intermittently, and the airport was forced to cancel all the take-offs and arrivals of aircraft due to icing of the runway. Such an abundance of snow in the southern city of Italy was last recorded in 1956.

The cold cyclone, which was nicknamed the “Siberian Buran,” was covered with a snowfall by Rome a day earlier, which also did not happen for two years. The snow covered the volcano Vesuvius and the entire territory of the Apennines. In northern Italy, the air temperature dropped from -15 to -35 degrees at night.

According to forecasts of weather forecasters, the cyclone will weaken on Wednesday and temporary warming will occur, but soon a new wave of cold will cover Italy.