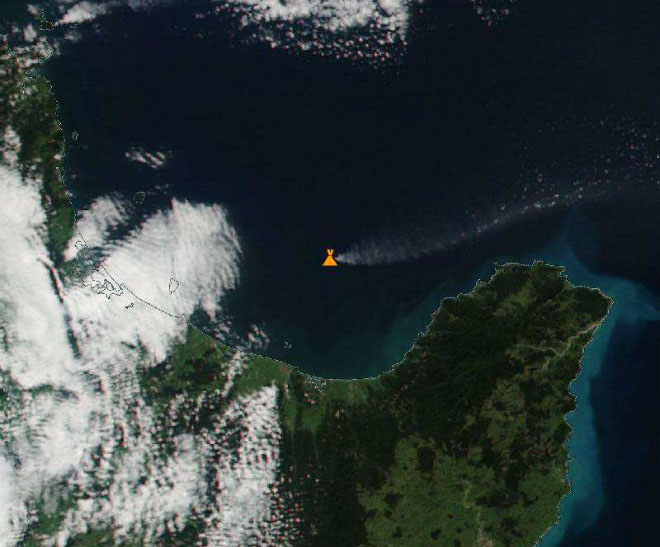 A small eruption occurred yesterday morning on the Isle of Wight, New Zealand. Weak ash emissions were visible from the crater of the volcano in the Central part of the crater. A warning about the dangers of the volcano was raised from 1 (“green”) to 3 (“orange”) level.

The eruption was in a passive phase without significant explosions, ash emissions were observed at about 11:50 local time on September 13. The activity of the volcano produced a whitish-gray plume of fine ash that rose a few hundred meters and were classified as strong winds to the East, where it formed a narrow feather with a length of several tens of kilometers.