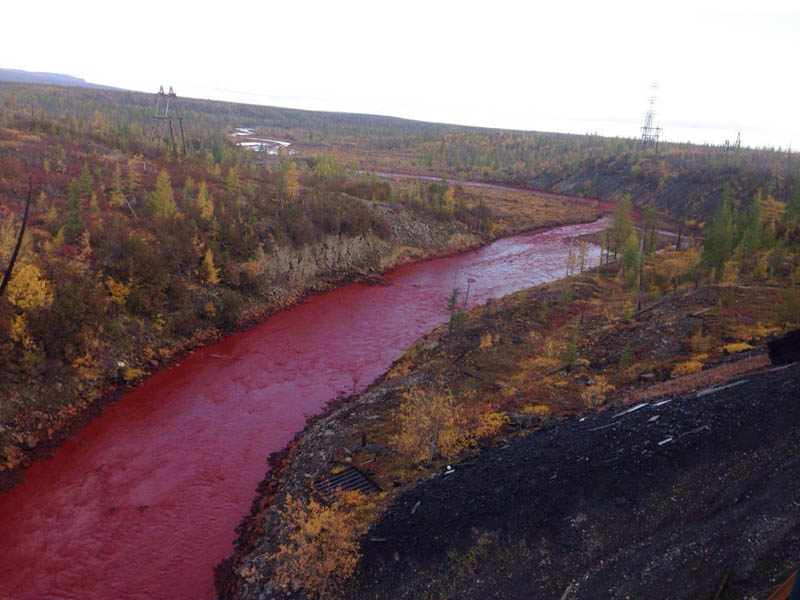 The Ministry of natural resources instructed Rosprirodnadzor to establish the reason why Daldykan river near the city of Norilsk in the Krasnoyarsk region was painted a bright red color.

As the press service of the Ministry, applications from local residents began to arrive to the Ministry on 6 September. Citizens think that the river is contaminated with an unidentified chemical. As evidence they put photos of the red river.

Broke up the slurry pipeline. And a large amount of the reagent into the river Daldykan. Then this crap will fall into the lake Pyasino, the river Pyasina (reservoirs of the highest category fishery) and fall into the Arctic ocean, – write the residents. 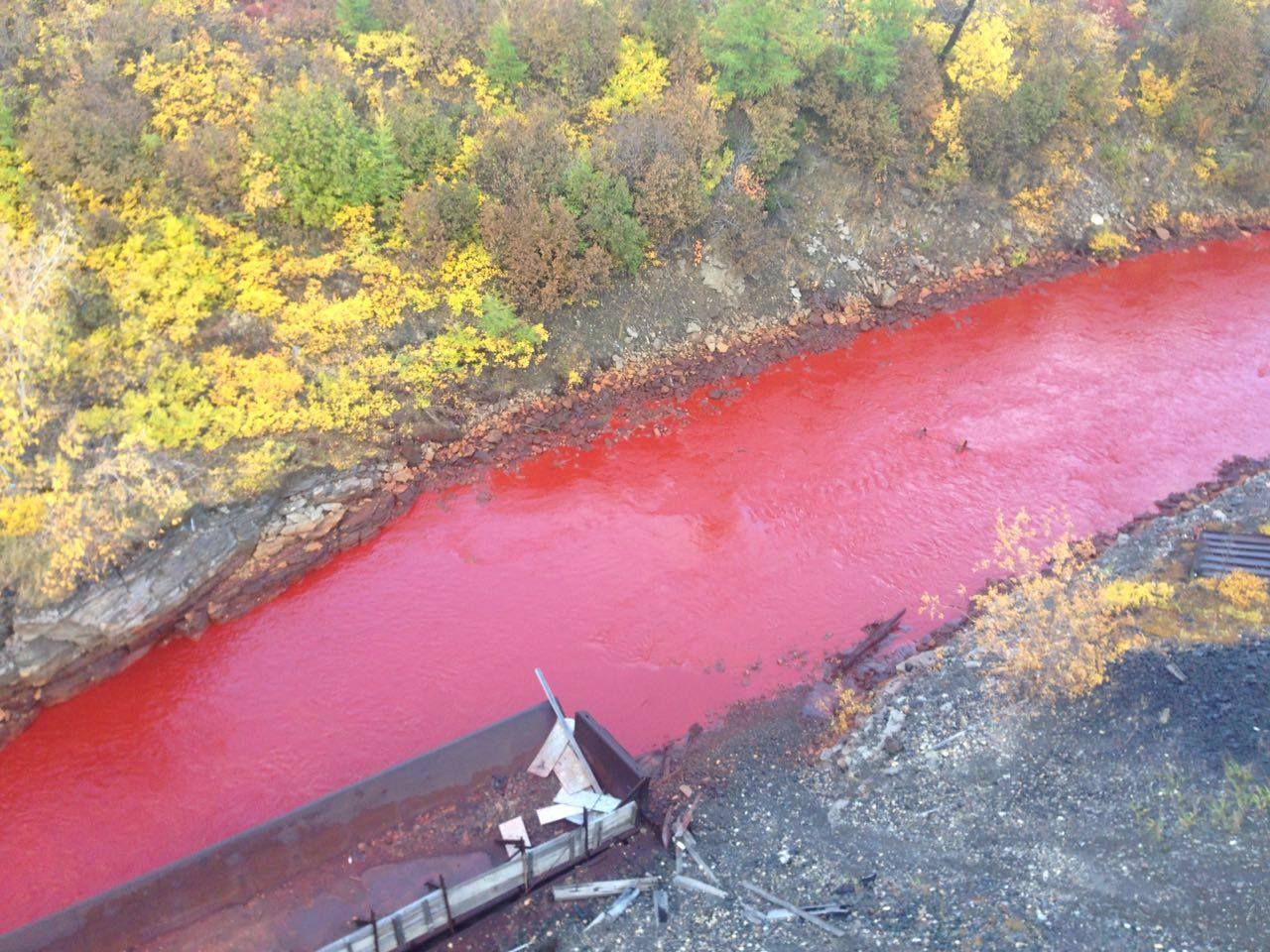 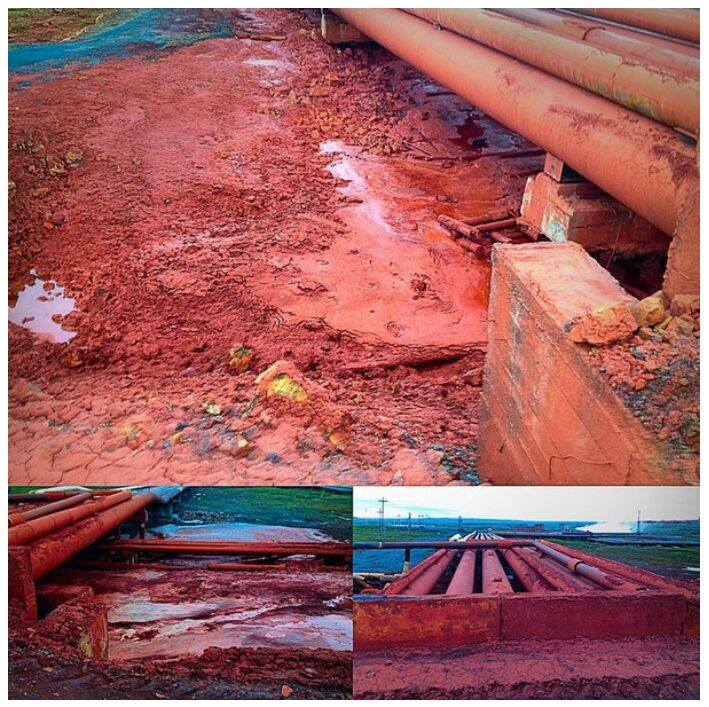 Slurry – a mixture of water and soil or rock obtained during excavation and mining by the hydraulic method.

The MEP said that according to preliminary information, the cause of the color change of the river could become a breakthrough of the pipeline in the metallurgical plant Hope, owned by Norilsk Nickel.

Thus, in the Norilsk Nickel said that industrial accidents at the plant Hope in recent years was not and no accidental discharges of substances into the river Daldykan was not made.

The company also said that watching the state of the environment in the area of the river, including from helicopters. According to representatives of Norilsk Nickel, now the color of the river Daldykan normal, as confirmed by aerial photography. 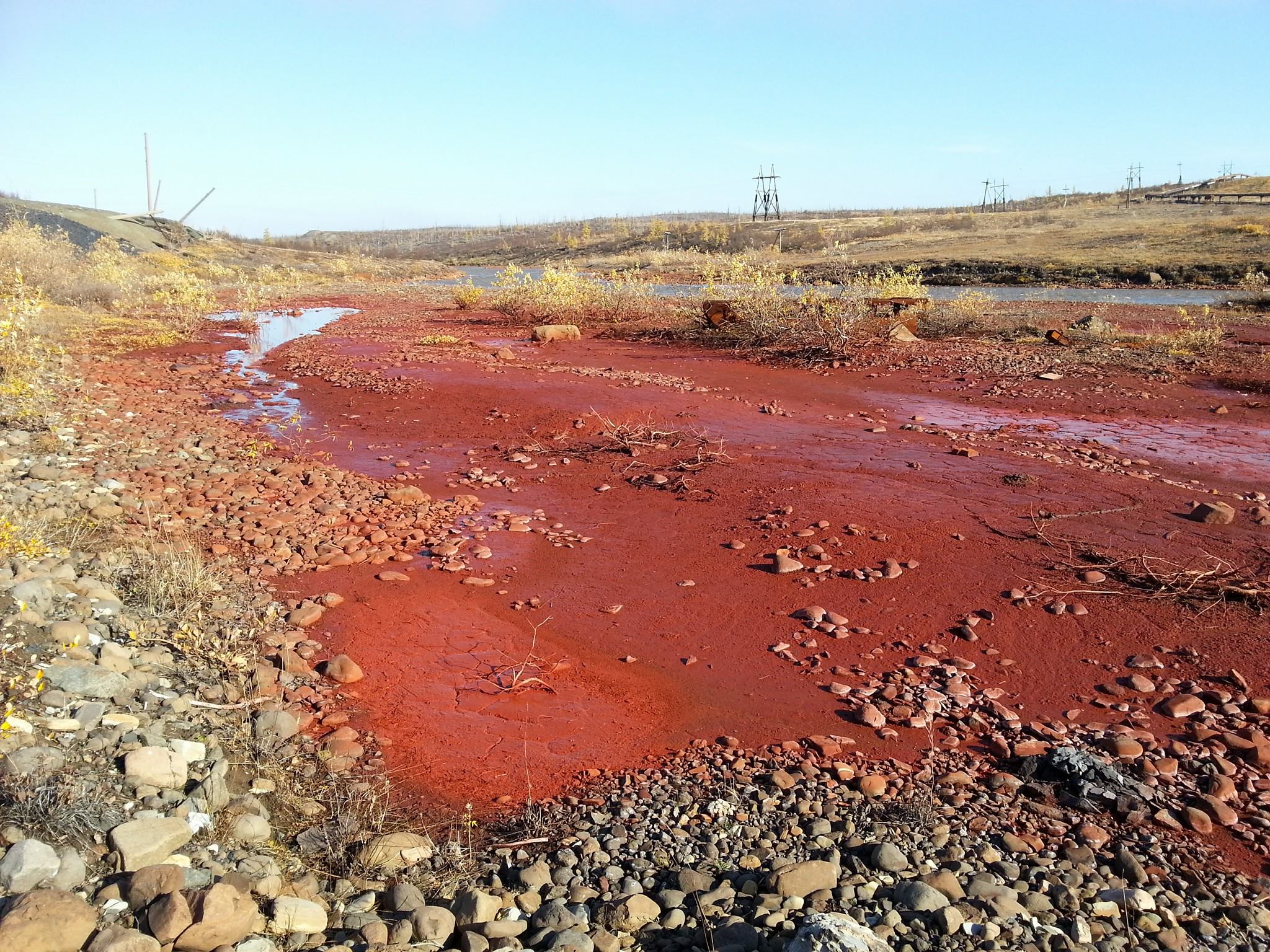 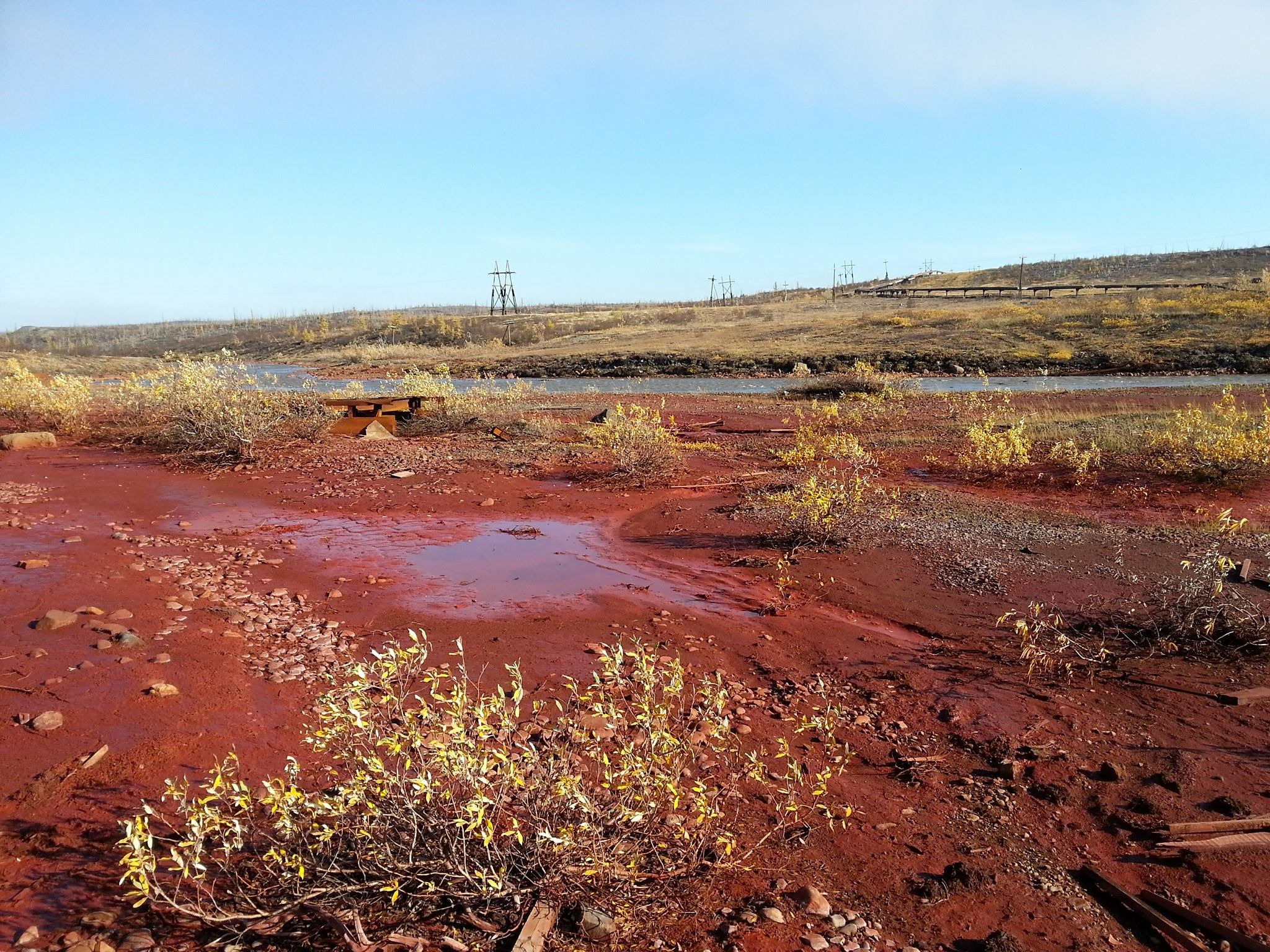 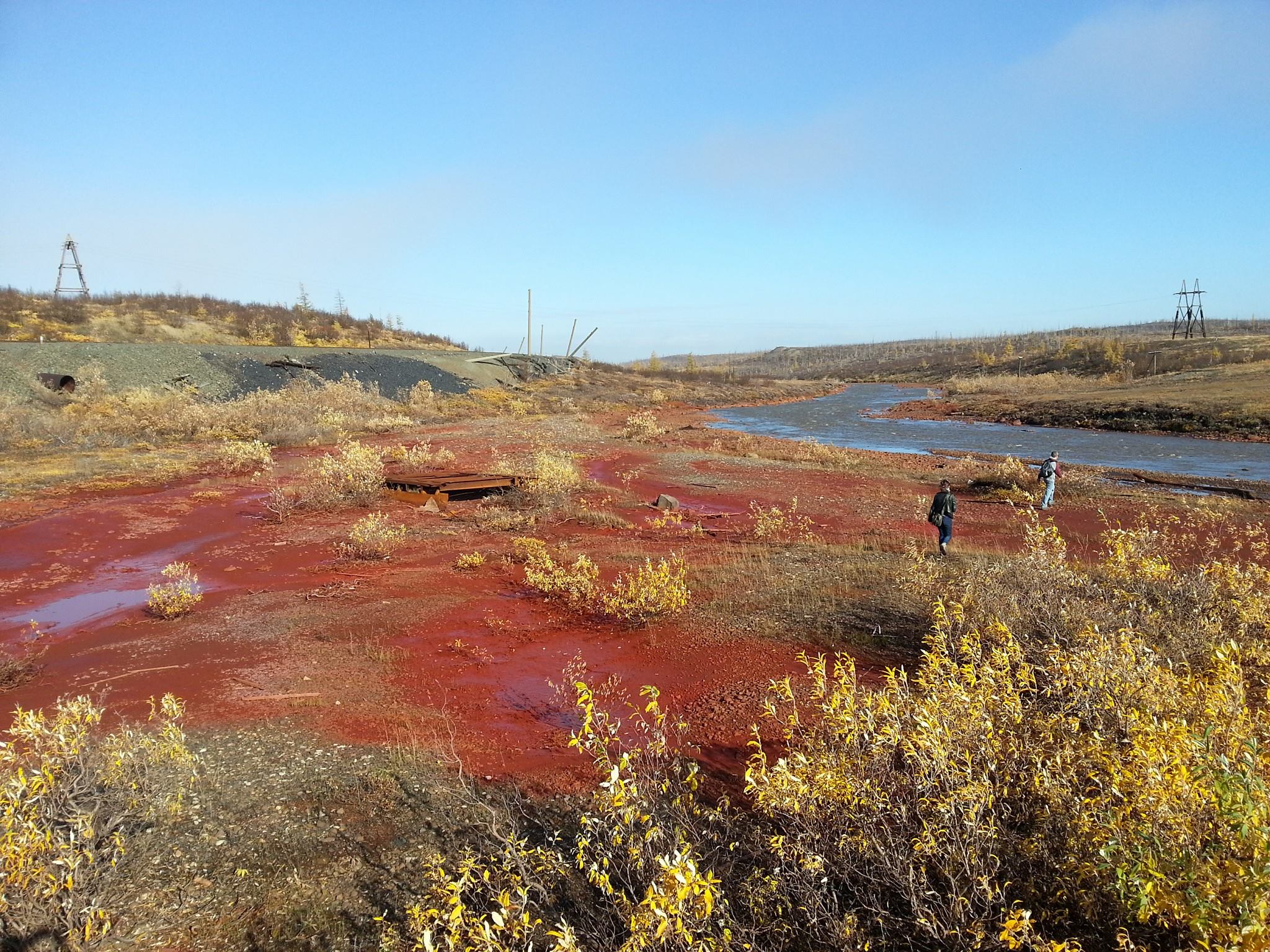 According to local residents, the river really has got a normal color, but on its banks and remained the concentration of an unknown red substance, which you can see in these photos:

Remains of some of the chemical composition are clearly visible on the banks of the river. We are assured by local media that everything is in order, there was no crash, and that threats nature no no. Hard to believe! Will wait for responses from state environmental agencies. And act on. We live here, drink water, catch fish. So we can’t be silent, say local residents.

What actually happened is not yet known. Perhaps the redness of the river could be due to natural factors or some anomaly. Still waiting for the results of the official investigation.