In Norilsk they found and killed a wild wolf 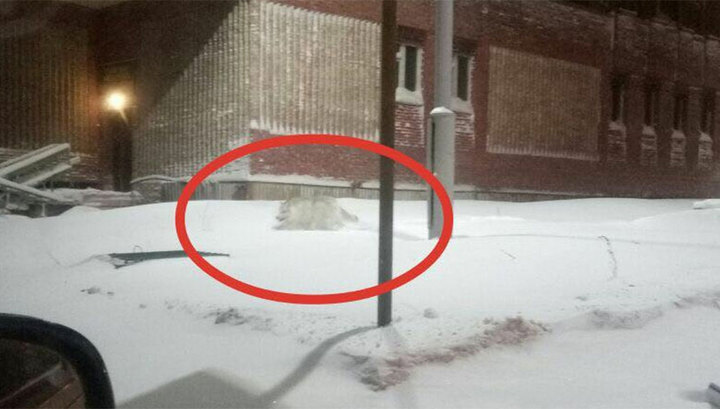 In the basement of one of the apartment buildings of Norilsk (Russia), an aggressive polar wolf has been neutralized, which organized a lezhku, the press service of the Rosgvardia Department for the Krasnoyarsk Territory reports.

According to the department, a message about an animal similar to a wolf, which roams around the passage of Kotulsky, was received by Rosgvardia from the duty police station. It was reported that the wolf was carrying a dog in the mouth and disappeared into the basement of one of the houses.

At the sight of people, the wolf began to behave aggressively-growled and bared his teeth.Service of Rosgvardia by Senior Sergeant Tatyana Vinichenko and Sergeant-Major Ivan Mameev in accordance with the law “On the troops of the National Guard of the Russian Federation “It was decided to use weapons.Several shots the polar wolf has been rendered harmless.Today, there are no threats to life and health of citizens,” the statement said.