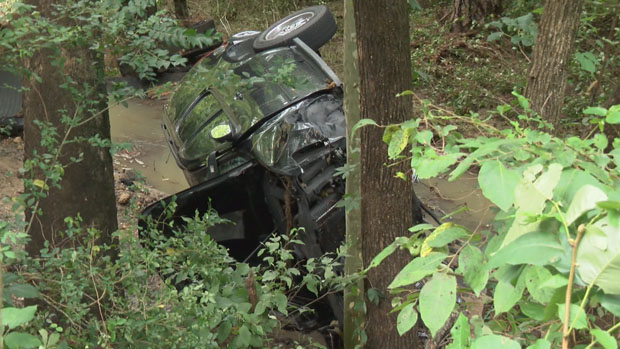 In Durham located in the U.S. state of North Carolina car fell into the failure formed on the road. The driver was injured, but according to doctors his life is no threat.

The depth of the crater reaches 6 meters and it is filled with water, so the driver didn’t expect anything terrible on the road and seeing a large puddle. As it turned out the usual puddle was hiding a huge pit.