In North Ossetia, hundreds of homes were hit by hail 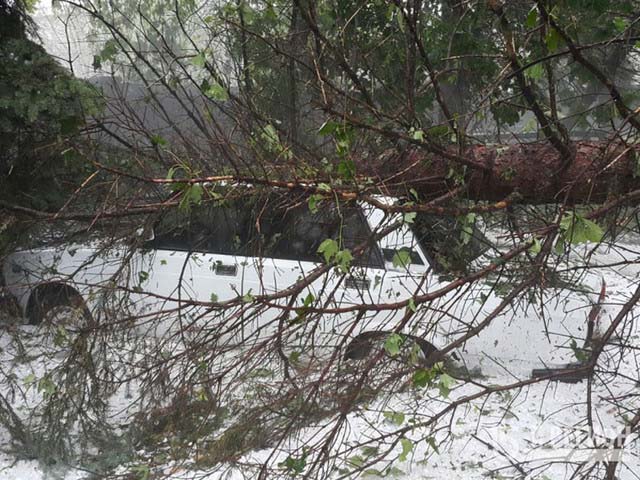 MOE summarizes the results of the disaster in North Ossetia: large hail broke 200 houses, more than 10 thousand people remained without electricity, and many of the streets of the administrative center of the Republic of Vladikavkaz impounded.

In Vladikavkaz, and several settlements in North Ossetia on Sunday there were heavy showers with hail and squally wind. In Vladikavkaz, flooded several streets, travel on the streets is difficult because of the abundance of water, the last hail in some areas reached the size of a walnut. In many areas of the city broken power lines, fallen trees. There are victims, including children. At the station the ambulance, “Interfax” reported that one victim was hospitalized in the intensive care unit: he was driving the car that the tree fell.

In MOE on Sunday evening said: “the two villages and the capital city of Vladikavkaz there was a flooding some city roads and adjacent areas. In the village Gisele suffered 148 private houses in the village of lower Saniba suffered 51 private household”.

According to rescuers, about 11 thousand people remain without light. The press service of IDGC of the North Caucasus, reported that 11 brigades of power engineers are restoring electricity supply in Vladikavkaz, another eight working in Gisele and Sanibe.

According to rescuers, in the elimination of the aftermath of the elements involved 227 people and 36 units, of which 159 and 18 from the Ministry of emergencies.