In Novosibirsk, the rain fell and hail 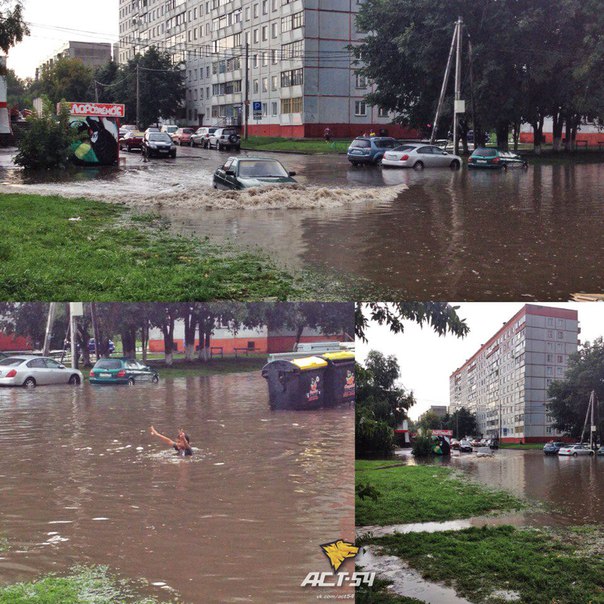 The last storm pretty shabby right Bank of Novosibirsk. The city dropped large hail. And some of the streets were seriously flooded.

A strong wind demolished the fence of the Playground at the house No. 8/1 on the street Esenina. According to our subscriber Dmitry, who played the kids left the ground after a hailstorm, the size is not inferior to the Altai.

On the ring street Dovatora, near the “Motor city”, formed a transport collapse from-for a drowned car. Suffered greatly from the rain and the SWC district where the street Tatyana Spinoy not all motorists were able to continue the trip.

In the Central district without a roof remained covered market in the street stoletova, also impounded the streets of Enterprises and Bohdan Khmelnytsky.