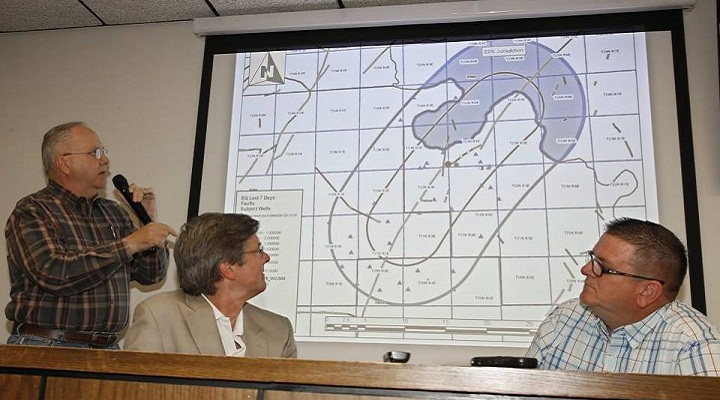 The earthquake of a magnitude of 5.8 and a series following a small earthquake in Oklahoma led to the discovery of a new tectonic fault lines. The crack is near the town of Pawnee and stretches to the East. According to state and Federal authorities in connection with her discovery this week should be closed 32-absorbing wells located too close to the rift.

According to Jeremy Baka, Director of the Geological survey of Oklahoma, it is likely that the cause of earthquakes are disposed of wastewater from shale gas, which move deep underground and lead to the generation of tremors along the fault line. As the scientist believes in the future do not exclude new earthquakes of magnitude above 4.0, which can be initiated by the newly discovered crack.

“But I’m more concerned about the fact that the state might contain other, not yet detected faults, which are tense and ready to break,” says BOAC.

Recall that an earthquake of magnitude 5.8 that occurred in Oklahoma on 3 September, was the largest in modern state history and resulted in damage to more than a dozen buildings. As reported by the USGS, the jolt was felt in several neighboring regions of Kansas, Missouri and Arkansas, and at a distance of over 1,000 miles from the epicenter – in Nevada and Florida.