In Papua New Guinea have intensified, two of the volcano 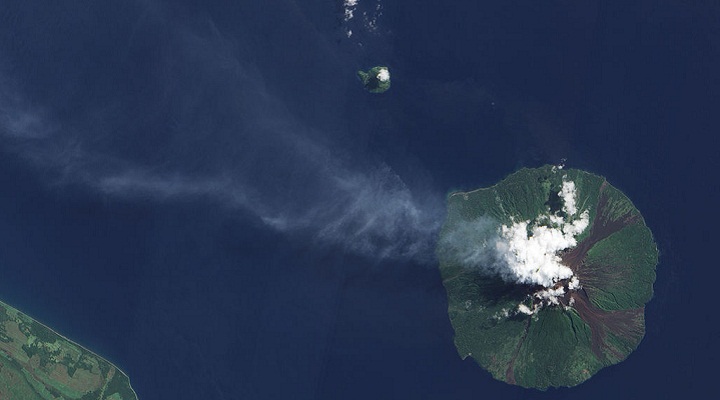 Intensified two volcano located in Papua New Guinea. On the volcano of Lange located on the island of New Britain, recorded emissions of ash to a height of up to 3 kilometers.

The second volcano Manam, located on the island of Manam also shows increased activity and volcanologists talking about the probability of a powerful eruption. Local residents were evacuated from the island in 2004 and since then they are not allowed to go back there. Visit the island by tourists, is now also banned.

The volcano of Lange (Langila) – an active volcano in Papua New Guinea, is located 11 km South of Cape Gloucester. The volcano has four craters. In the 19th century eruptions Largely came from three craters, and in 1960 during the eruption obzavelsya fourth, with a diameter of 150 m. The old crater has a diameter of 550 m and a height of 1200 m. the eruption of the volcano belong to strombolian-Vulcan type. The volcano’s last eruption began in August 2006 and continued until June 2007.

Manam is an active volcano on the same island, in Papua New Guinea. The volcano is located in the new Guinea sea, 13 km from the Northern coast of New Guinea. Administratively, the territory included in the province of Madang. Is a basaltic-andesitic stratovolcano. The earliest known documented information about the eruption of the volcano belong to 1616 m. Pyroclastic flows when eruptions sometimes reach the sea. In 2004 the local population in the amount of 9,000 people were evacuated from the island on the coast because of renewed eruption. Currently the island has no permanent population.