In Peru intensified the volcano Ubinas 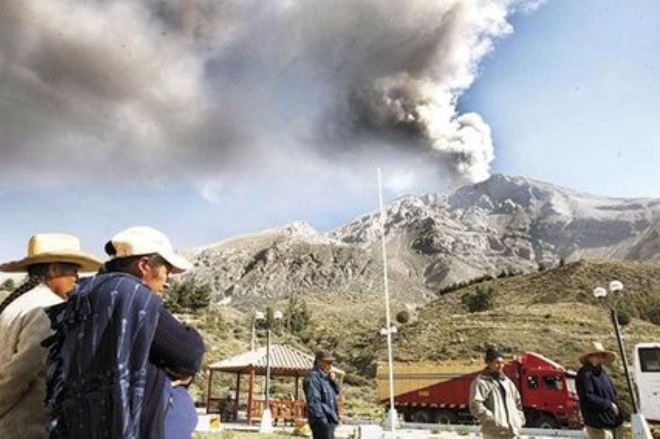 In Peru intensified the volcano Ubinas. Over the past few days he has made at least three ash emissions. The Peruvian volcano has started to erupt after a seven-month lull, throwing a two-kilometer ash plumes. The first eruption occurred at the volcano on the evening of 2 October and early morning of 4 October in a difference of a half hour on the Ubinas occurred two explosions.

As a result of eruptions in the town of Santa Rosa and other nearby communities of the province of Ubinas have been palapeli. The local population is recommended to protect eyes and respiratory organs from the ashes.

Due to increased eruptive activity of the volcano has stepped up security in its environs, emergency services translated into a high alert in the event of a further eruption and potential evacuation.

Currently, the volcano, the threat of eruptions. Specialists of the geophysical Institute of Peru and volcano Observatory monitor activity of Ubinas.