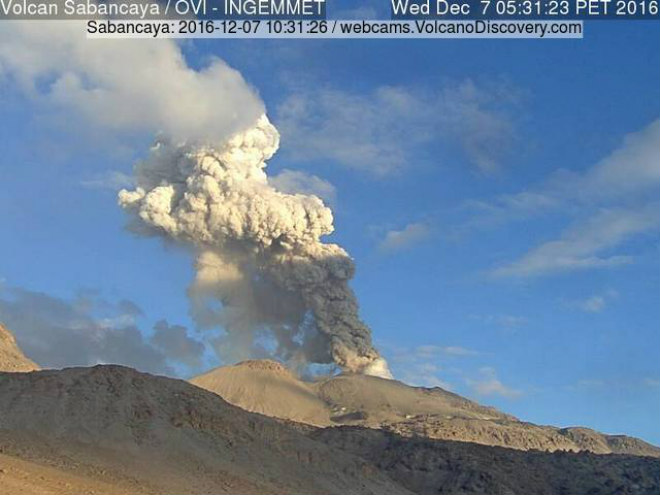 Vulcan Sabankaya continues to explode and is very frequent. Approximately through everyone half an hour on average the giant makes dense columns of ashes which rise to about 4 km higher than volcano top. Loops drift to 40 km from the mountain before dissipating.

The geophysical institute Peru reported about 349 explosions within last week (on November 28 — on December 4, 2016), 288 times Sabankaya “thundered” week before. Besides, emissions of SO2 remain high and constitute about 3000 tons per day.

Sabankaya, whose crater is located at the height of 5,976 meters above sea level, began on November 6 new eruptivny process after 18 years of failure to act. And, seemingly, doesn’t plan to calm down so far.