In Primorye fell to a four-month norm of precipitation 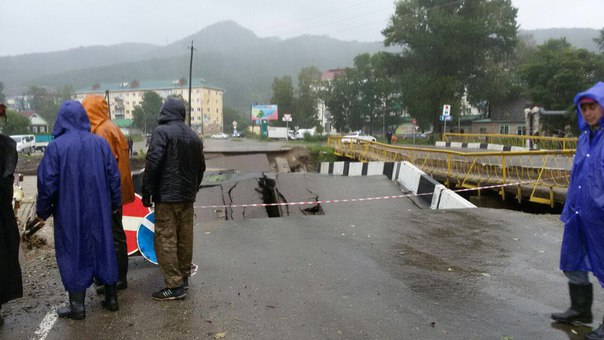 Cyclones the past two days brought the four-month norm of precipitation in Terneisky district of Primorye. In the near future experts expect a sharp rise of the rivers, flooding roads and parcels.

Typhoon Lionrock last night came to the sea of Japan. Losing his strength, he had evolved into an extratropical cyclone and merged with another cyclone.

Throughout the edge of night were the intense rains. The largest amount of precipitation for the night fell in Kavalerovskiy district (61 mm) and in the village of Transfiguration (58 mm). At the weather station Sosnovo, located near the village of Light in Terneisky district, for two days, dropped a total of about 400 mm of precipitation (88 mm per night), which is almost four monthly norms, said Chulkov.
He also noted that soon the water level in the rivers of the region can rise to three meters. Can be flooded roads, farmland and gardens. In the environment throughout the region also will pass rains of different intensity. By evening, the weakened Typhoon will come to the North-East provinces of China, – said the expert.