In Russia continue to burn the forest 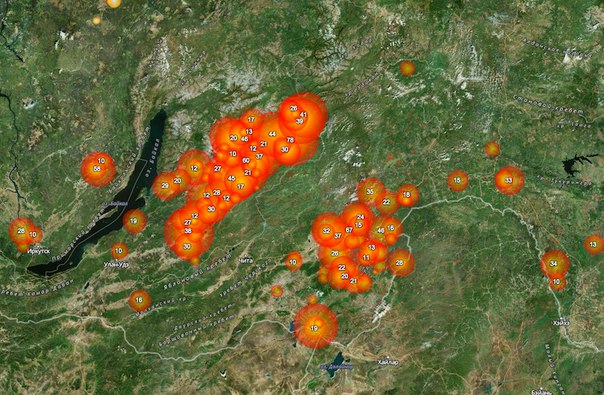 Now most fires in the TRANS-Baikal region and in Buryatia: a couple in these regions, the fire covered more than 40 thousand hectares of forest. Human settlements is not threatened by the flames.

Spring in the far East and in southern Siberia – the characteristic time for forest fires (in contrast to the European territory of Russia, where fires are a purely summer phenomenon). Now most of the fires noted in Zabaykalsky Krai: 31 a forest fire, they covered an area of 22.4 thousand hectares (21 thousand falls on the forest Fund). As noted in the local emergency, the first time since the beginning of the year, the size of fires in the Transbaikal region has exceeded 20 thousand ha. With fire fighting in the region almost 900 people involved 145 units of ground vehicles and 5 aircraft and 4 helicopters.

Interestingly, of fires Zabaykalsky Krai in the middle of this week ahead of Buryatia – “leader” on forest fires at the end of last week. Now in Buryatia there are 28 forest fires on a total area of 18 thousand hectares. Here, with fire fighting more people: about 1200 people.

In Buryatia and in Zabaykalsky Krai in connection with forest fires operates a state of emergency, local people are forbidden to light fires in the forests, certain forest areas are prohibited to visit. Human settlements and infrastructure threatened by the fire.

Forests are also now burning in the Irkutsk, Amur and Kemerovo regions, however, they are largely localized and do not pose a threat.