In Saratov, near the house, a dip of 9 meters 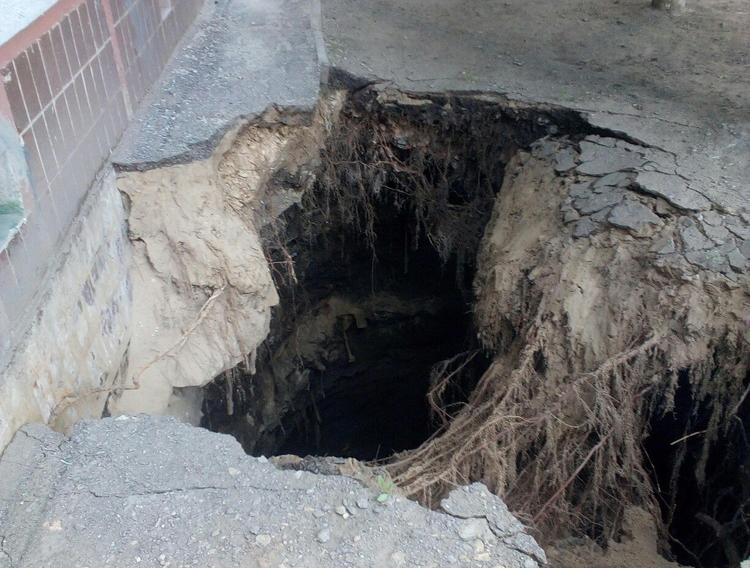 In Zavodskoy district of Saratov (Russia) near the house on the street. Ordzhonikidze, 12А, the ground has failed. The diameter of the dip is about 5 meters, the depth is 9 meters.

The emergency occurred close to the wall of a nine-story building. No one was hurt – the pit is fenced with signal tapes. As specified in the administration of Zavodskogo district, now on the scene of the meeting is held with the participation of officials, representatives of resource-supply organizations, management company. 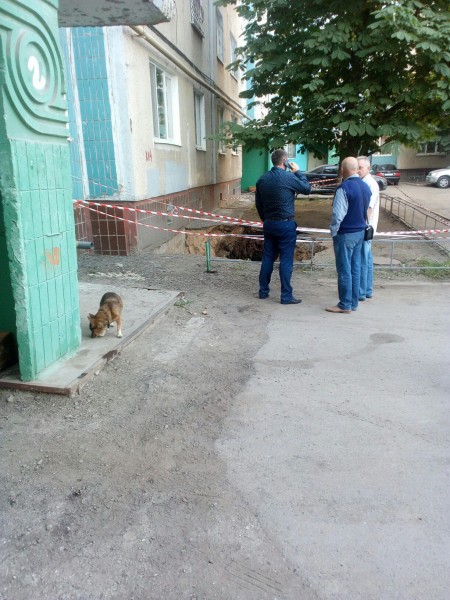 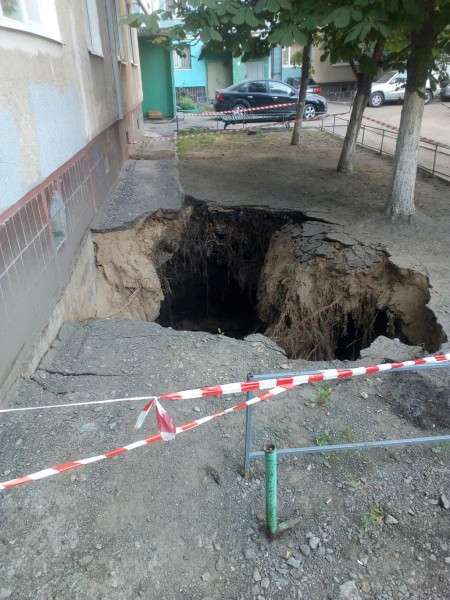 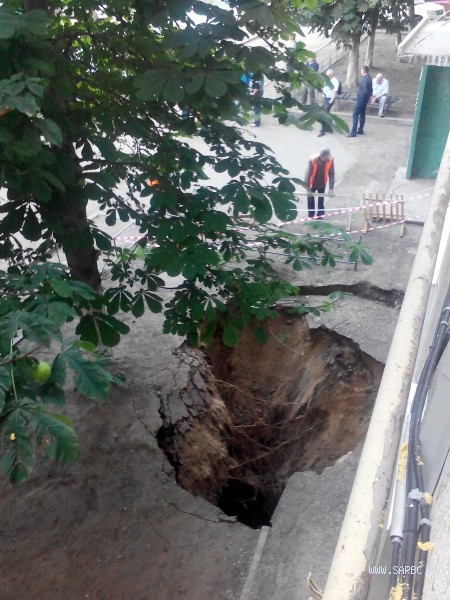 Specialists will find out the reasons for the state of emergency, after which measures will be taken to eliminate it. As explained by a local resident Ilya, a similar collapse was already taking place on this place about five years ago, then it was sealed:

They say that the house is built on a ravine, and, perhaps, when they built it, they did not make the necessary fortification, and it is clear that there is one sand, not concrete, nothing. ” According to the man, in the house until the consequences of the collapse is imperceptible.