In Siberia and Alaska, a climate catastrophe is brewing 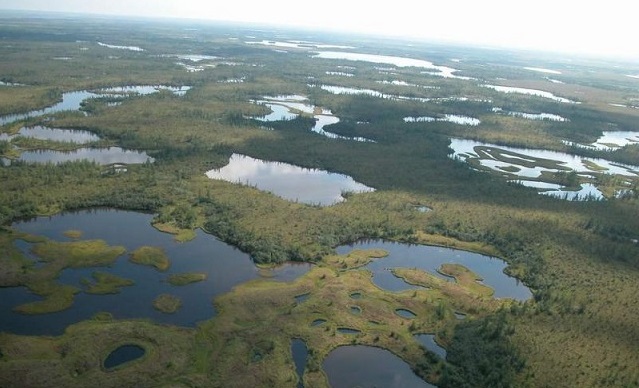 The study found that thermokarst lakes are increasingly appearing in Siberia. A similar process occurs when there is a melting of a large amount of underground ice. This provokes subsidence of the earth’s surface. However, much more significant consequences of this phenomenon are related to its influence on the melting of permafrost.

“When thermokarst lakes are formed, they significantly accelerate the melting of permafrost,” said Katie Walter Anthony of the University of Alaska.

Such processes are fraught with emissions of carbon dioxide and methane contained in ice, which aggravates the processes of global warming.

The publication notes that last year alone in Siberia were found about two hundred places, which by their appearance are similar to thermokarst lakes.

“A few decades later, the growth of thermokarst lakes will result in the carbon being released more than the lake will be able to retain in case of freezing,” said one of the authors of the study Guido Grosse of the Institute of Alfred Wegener.

The publication notes that to date, permafrost covers 24 percent of the land surface in the Northern Hemisphere. At some sites in the Arctic, its depth is up to 80 meters.