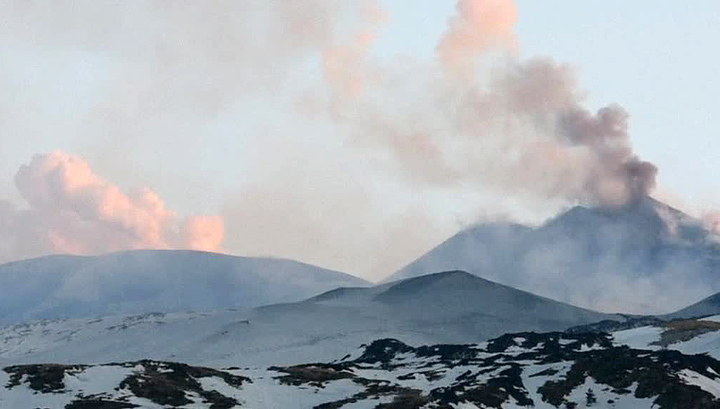 Ten people – including a film crew of the British BBC – suffered from the eruption of the Sicilian volcano Etna. Journalists in pursuit of spectacular shots climbed to the crater and could hardly expect that the mountain would first encircle them with a ferry, and then also fire at the red-hot cobblestones. I had to flee.

They ran down the slope under a hail of stones and in clouds of steam. Etna scorched. The film crew of the British Air Force corporation came to the volcano to shoot hot shots – but this could not imagine.

The route was coordinated with Italian volcanologists – now local scientists say such a surprise Etna did not give out 30 years. At an altitude of 2,700 meters, a “phreatic explosion” occurred. Incandescent magma, plus ice or water – because of the contrast of temperatures, there is a release of gas and stones.

“There is a sharp boiling of water, and steam as an explosive breaks rocks.” A hot steam explosion, this is called phreatic, it can be difficult to predict, “says expert-geologist Lavrushin.

Shards of hot volcanic rock overtake those who did not have time to run away. A snapshot of an employee of the Air Force, a female operator, is indicative. Down jacket is burned through. Head injuries, cuts, burns – affected about ten people. Among them there are tourists.

“Our group has no serious injuries, cuts and abrasions.” There were two guides with a detachment of 20 tourists, plus there were single tourists, we were standing by the lava flow when it started, “recalls Pippo Mazzalia, a guide from Catania.

Etna woke up at the end of February and since then powerful eruptions occur about once a week. Lava flows are distinguishable on satellite images. Etna has hundreds of small craters. Scientists believe that in recent years the nature of the eruptions is changing, it is becoming more explosive.

Before, Etna began to boil more slowly, letting go of the lava flows. Destructive eruptions remained in the twentieth century, since then the prediction systems have been improved, but Etna is now destroying the highways, lifts and periodically paralyzing the work of the airport of Catania.

The ancient Greeks believed that on Etna lived the god of fire and the blacksmith Hephaestus, and the favors of the “fiery mountain” were achieved with the help of sacrifices. Now tourists donate about 50 euros per person, but the forces of nature – safety walks do not guarantee.