In Sochi recorded the mass death of pigeons 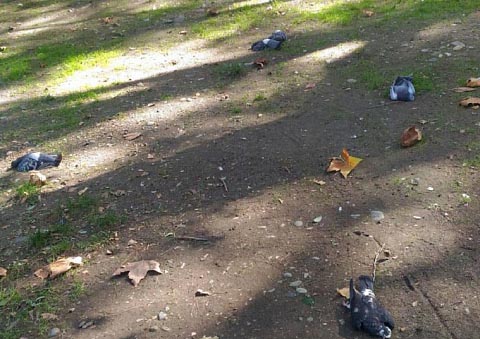 The veterinary service of Sochi checks the cause of mass poisoning of birds on the territory of the resort city. In early October, in the district of Tsvetnoy Bulvar in Sochi was recorded mass death of pigeons. The alarming situation was exacerbated a few dead seagulls found in the area of Maritime station.

In the end survey the scene, sampled and sent for examination in the Kropotkinskaya veterinary laboratory.

It was found that the pigeons death was not the result of infectious diseases, and poisoning by an unknown substance.