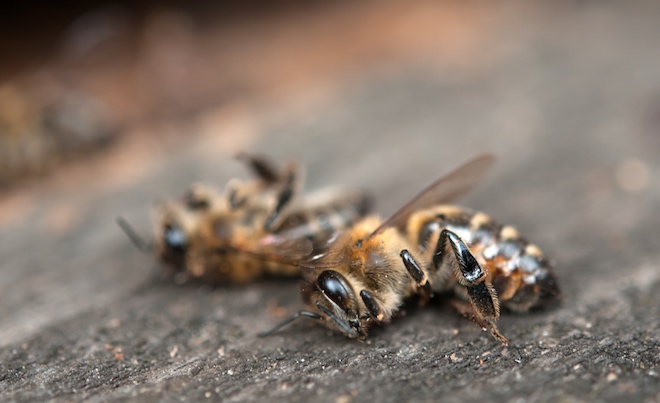 Mosquitoes are carriers of the virus, Zeke and the authorities decided to spray a pesticide using aircraft spraying began early morning on August 28 in the district of Dorchester over an area of 38 square kilometers. So powerful insecticide that kills mosquitoes during the contact with a poisonous substance.

During spraying, the weather was hot — at this time the bees leave the hive many beekeepers and farmers, they were not closed. Bee died instantly, the time to reach the shelter, they did not have. As a result, according to preliminary data, killed more than 2.5 million bees — apiary only city Summerville lost 46 hives. Local authorities confirmed that the bees died from the poison and apologized.

However, beekeepers and farmers protested against further use of insecticide and indignation at the fact that he was not aware of this in advance — many have lost not only all the bees, but also the equipment, which is now contaminated. Naled — sprayed venom is dangerous to bees substance, the National Agency for the protection of the environment recommends its use only at night when bees are in the hive, however, the local authorities took the decision to spray from 6 to 8 am.

Currently, there is a sharp reduction in the population of bees on the planet as a result of the use of pesticides and destruction of habitat. Meanwhile, agriculture and many crops depends largely on bee pollination.