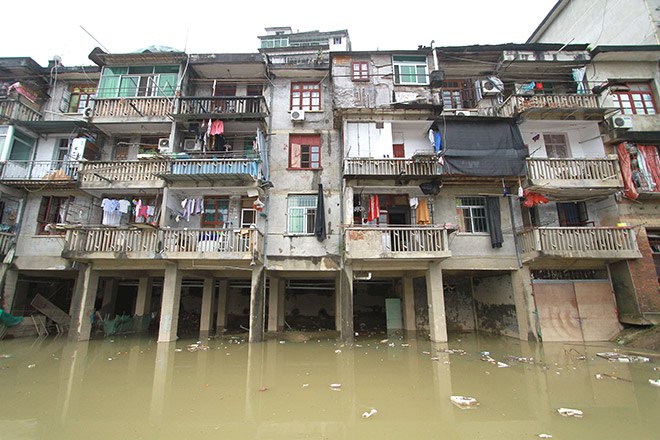 In southern China, heavy rains caused flooding, which killed eight people and four people missing. In total 557,000 people were affected by the disaster, 55,000 people were evacuated.

In some localities observed power outages, communication problems, damaged roads. For example, flooding has led to flooding in the city of Xinyi, there was broken for transport connection, authorities evacuated 2,800 people. The shower was the most powerful in the history of the city – 10 hours 465.5 mm of rain fell. In total, the city flood 540,000 people were affected. According to government estimates, the floods have caused damage in the amount of 152.7 million dollars.

Floods hit and Guangxi, also located in the south of the country. There were evacuated 7.4 thousand people, the damage from the disaster amounted to 15.28 million dollars. In the area of flood experts there is a high probability of failure of soil and landslides, due to which all the emergency services are in high alert mode.