In Spain, 30 people died from the heat in July 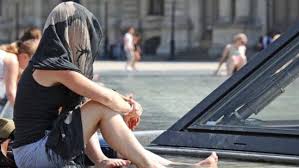 Thirty people died from the heat in Spain over the summer, only in Catalonia, the victims of heat were 23 people.

Since July 24, thirteen men and ten women have become victims of hot weather, the youngest is 41, the oldest is a hundred years old, according to the Department of Public Health of the Catalonia Ministry of Education. Heat stroke was received by 67 people.

In addition, previously reported deaths in other Spanish regions – four in Extremadura, two in Murcia and one in Andalusia.

The peak of the heat in Spain fell for the period from 2 to 7 August. In some areas, the thermometer columns reached 44-46 degrees.