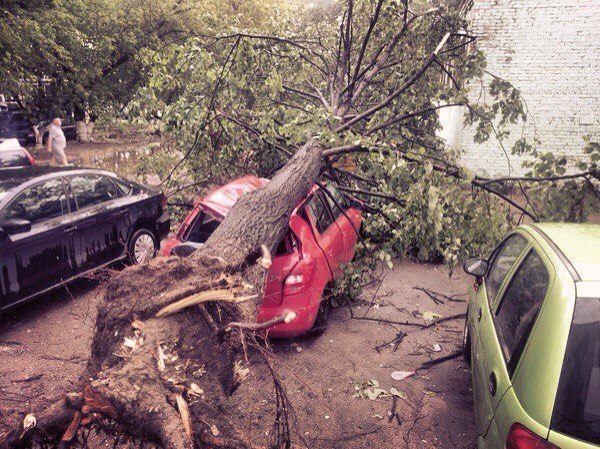 About 100 trees felled in the Moscow suburb of Lyubertsy from-for a squally wind, two people were injured. About it reported in a press-service of the district administration.

According to doctors, to their life threatens nothing”, – are reported words of the head of the Lyubertsy district and city Lubertsy, Vladimir Ruzhitsky.

According to him, at the moment of liquidation of consequences of hurricane involved 12 teams, garrison of fire protection. The streets displayed seven pieces of equipment, and also employees of management companies, water utilities and power grids. Workers are busy sawing the trees that have fallen on power lines, cars, entrances and public transport stops.