In Sumatra, the volcano Sinabung erupts 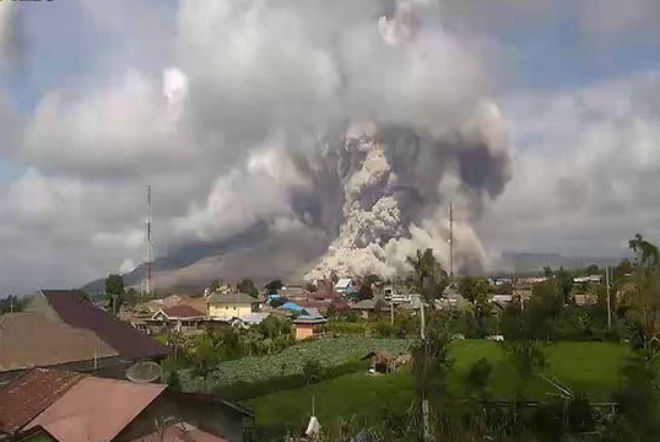 The volcano Sinabung, located in the northern part of the Indonesian island of Sumatra, broke out on Tuesday, October 24, a powerful eruption, reports Netral News.

According to the head of the National Agency for Mitigation of the Consequences of Natural Disasters, Sutopo Purvo Nugroho, the volcano threw out two ash columns at a height of up to 2 km. The smoke clouds stretched for 4.5 km to the southeast of the mountain.

Residents of nearby settlements were urged not to approach the radius of 7 km from the mountain after the eruption of the volcano this year, which caused the death of 10 people.
The volcano of Sinabung is located about 1655 km from the largest Indonesian volcano Agung, which is on the verge of an eruption for more than a month.