In Sweden, want to move the city falling under ground 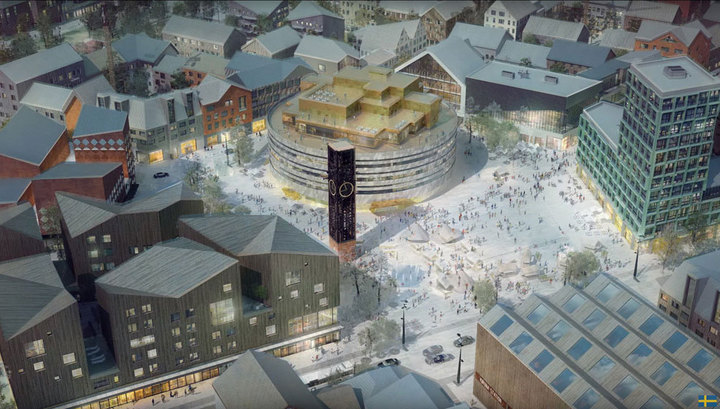 The Swedish authorities have planned a fantastic, but absolutely necessary project to rescue the residents of the city of Kiruna, the most Northern settlement of the country. Due to the nature of the local soil, the city each year is slowly sinking into the ground. Under the Kiruna mines are mining ore.

According to estimates of engineers, if nothing is done, by 2050, most urban buildings will fail in mine. So for the past 12 years the Swedish authorities are considering various options for moving Kiruna, in which the lives of 20 thousand people, more than 3 km to the East.

In 2004 was held an international competition for best project on the movement of the city. This complicated the tender was won by the Swedish architect Bureau White Arkitekter. Their project Kiruna 4 Ever, was launched in 2014. the intention of the company’s specialists, for 20 years all the inhabitants of Kiruna will be relocated to a new city.

The authors of the project say they will keep (i.e., moved), only three of the historic building. Other buildings will be recreated from the same materials as the originals. The authorities invited the owners of “sinking” houses choice. Either they sell houses to the state at inflated 25% the price or get a free house under construction the city.

Surprisingly, most of the inhabitants of Kiruna took the news about moving quietly. They believe in the success of the project and believe that everything is done solely for the purpose of safety of citizens.