In Sydney there is a powerful storm 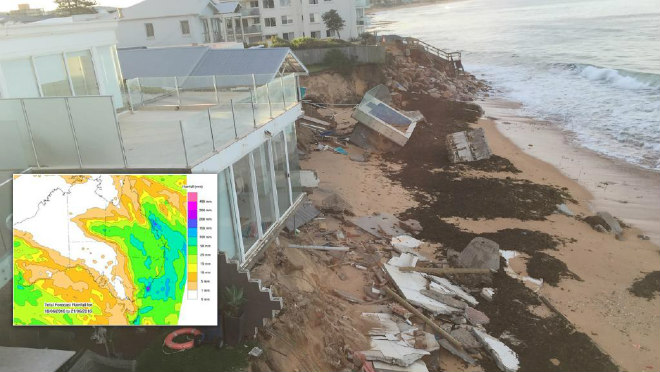 Areas of the East coast of Australia, experienced the brunt of a recent hurricane, he faces the prospect of the impact of a new wave of bad weather expected this weekend.

Local authorities and the State emergency service is preparing for a possible return of devastating storms. The Bureau of meteorology predicts up to 60 mm of rain in Sydney on Sunday. As expected, the rain will fall on Friday, and then will continue to rage on the weekend. Significant rains were expected on the South coast and surrounding areas.

Residents of the city Collaroy whose homes are still teetering on the edge of the ocean after a recent storm, are in a race against time to protect their homes. Some buildings are just hanging on by a thread from destruction, a new storm will be an absolute disaster for them. Giant sandbags are placed under the endangered houses.

Recall, at least four people were killed and three more were missing as a result of the powerful storm, which is the first weekend of June caused severe flooding and destruction along the entire Eastern coast of Australia.