In the American Florida turtle freezes 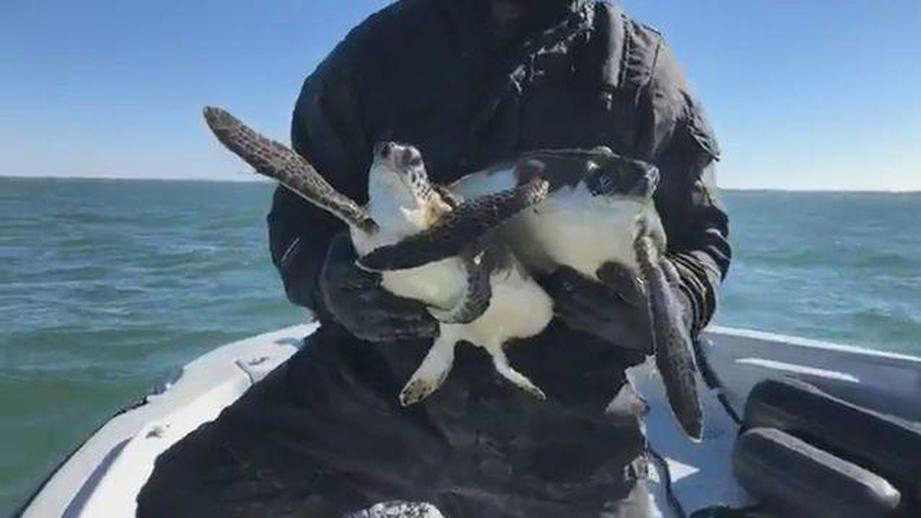 Employees of fish protection in the US state of Florida over the past week rescued more than 200 turtles that lost their ability to move due to severe hypothermia. On rare animals, a strong cooling effect is negatively affected, which has been observed recently even in these latitudes in the United States.

According to ecologists, they thought to find only a few affected turtles, but, apparently, the cold affected animals much more than expected.

Turtles try to keep warm, getting out of the cooled water, but the air is even colder. The animals are wrapped in towels and blankets, and then transported to the heating points.

Ecologists reminded local residents that immobilized turtles, floating in the water or lying on the shore, often seem dead, although, in fact, they are still alive. The volunteers are called to help the animals. For all comers, a hot line for helping freezing animals is open.

Abnormal cooling in the US state of Florida led to the iguanopad. The lizards, numb with low temperature, began to fall from the trees.